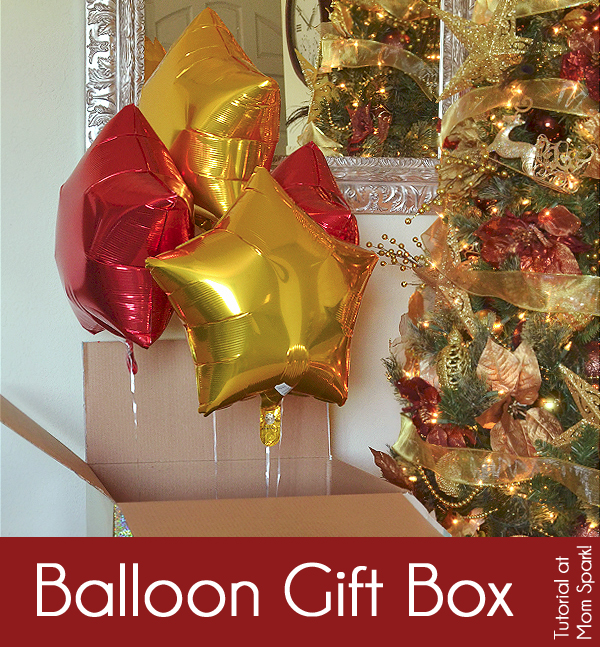 That was the case with one of my favorite gifts that my Aunt and Uncle gave me and my sister one year… movie theater gift certificates. I can’t tell you how exciting it was to “treat” the whole family with movie tickets, popcorn, candy, the whole shebang with my handful of gift certificate slips. It was truly an amazing present.

Though I love them, I can admit they can often seem incredibly impersonal even when they come from people who know you really well. So I decided to fix that up with a fun balloon gift box to give some small denomination gift cards to a variety of places.

Now I have to tell you that this didn’t go exactly as planned and I’ll tell you why. It takes FIVE helium-filled mylar balloons to make one gift card float. Can you believe that? That’s absolutely nuts! FIVE! But I moved past it and it’s okay because what I got, in the end, was pretty awesome anyway. 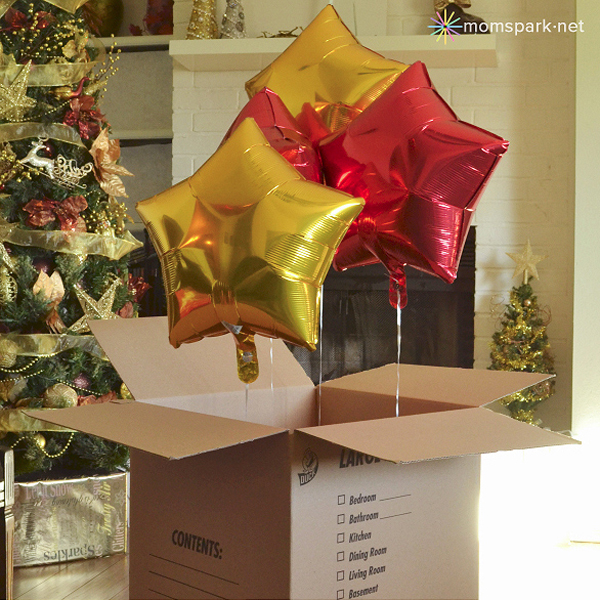 Oh, and FYI on the balloon thing, since it’s cold out lots of places you should know that when you take the balloons outside they’re going to look like they’ve deflated a bit. It’s just the molecules doing something science-y and when you get them back into a normal environment they’ll puff back up! 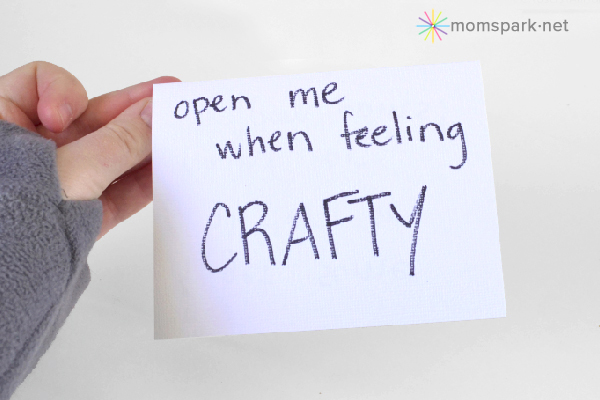 First you’ll need to decide what gift cards you want in your balloon box and for what denominations. For kids, I’d say $10-15 per card is perfectly acceptable. Here are the ideas (some of which I used – in bold) that I considered for my box: 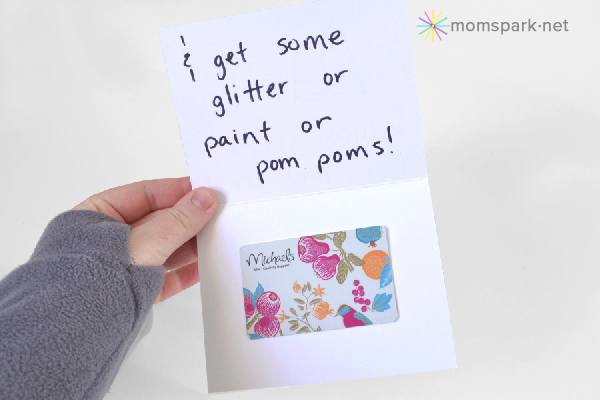 I put just a very small dab of hot glue on the backside of each card making sure NOT to place on any numbers or strips or codes or anything and attached inside of a note card. Then I wrote something for each card like “Feeling hungry?” – “Grab a bite on me!” with a Sonic card inside OR “When you feel like something NEW” – “You have the funds to feel free to!” with a Walmart card inside. 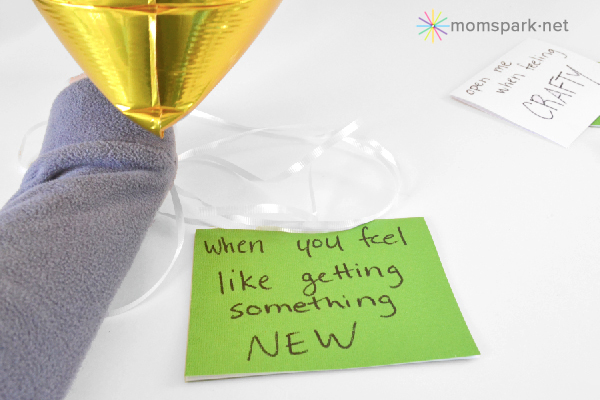 Punch a hole in the top of your card and tie on your helium-filled balloon. (FYI, I got my balloons at Dollar Tree so they were only a buck apiece!) 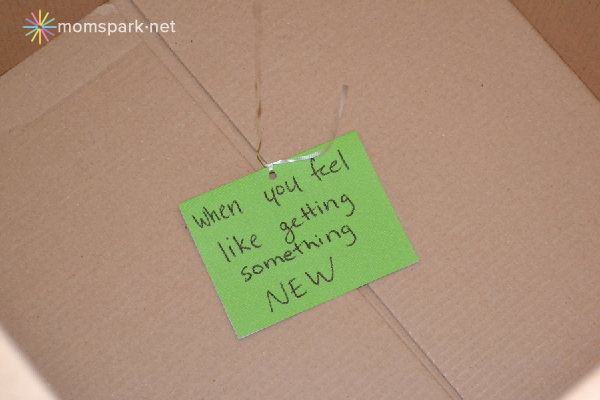 I used 18x18x24 inch moving boxes and got them set up and taped together and tossed my cards in the bottom.

Then carefully shove the balloons into the box, making sure not to cram them in. You want them to float up when the box is opened so if you push them down and they stay down that’s a problem! 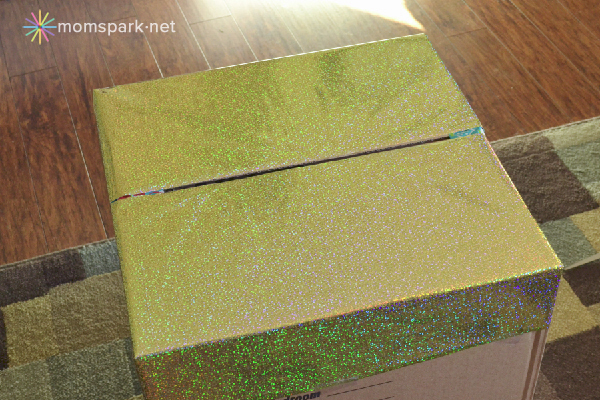 The last thing we need is somebody busting out a pocket knife to help open the gift, so I individually wrapped each of the top flaps and placed just a tiny bit of tape on either side to help keep it down. Now there’s a slit but unless some little Mac Gyver busts out a flashlight you can’t see anything in there. I know because I tried! 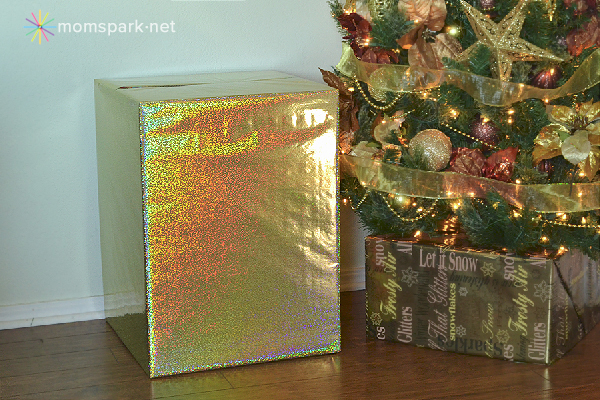 Continue wrapping your box by taking your paper around the sides and adding name tags, bows, or whatever you fancy. 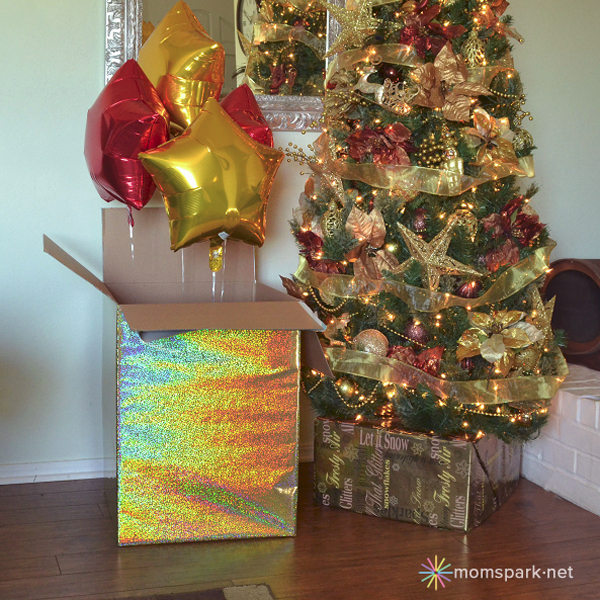 When the flaps are opened up, the balloons will POP right out of the box (though they won’t go flying to the ceiling which was my initial hope). 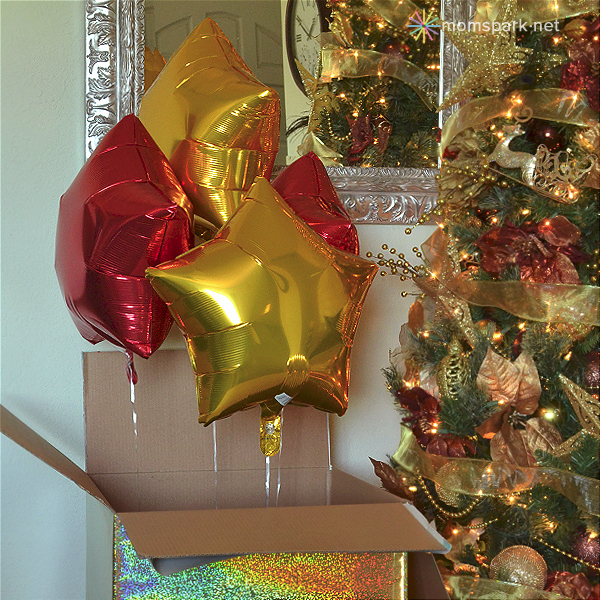 How fun is that? Instead of just handing over a gift card in the little sleeve it comes in, you provided a fun gift-receiving experience and regardless of the amount on those cards, it’s priceless!