To be honest I’m a bit of a party pooper when it comes to New Year’s Eve. In fact, most years I’m very, very sick. The most memorable NYE in recent history saw my sister and me at my parent’s house and both sick with “the crud” which in my family translates to “bronchitis”. We were SICK and we were exhausted. My mother got the TV in the living room ready to watch the ball drop and my sister and I went to bed probably 3 hours before that anyway. But then the guy caddy-corner to us decided he was going to bring the stereo out into the front yard and pop firecrackers in the street all by himself. My sister and I were so upset because we were so tired. We stared out my bedroom window at him and took bets on if he’d pass out in the street or not. 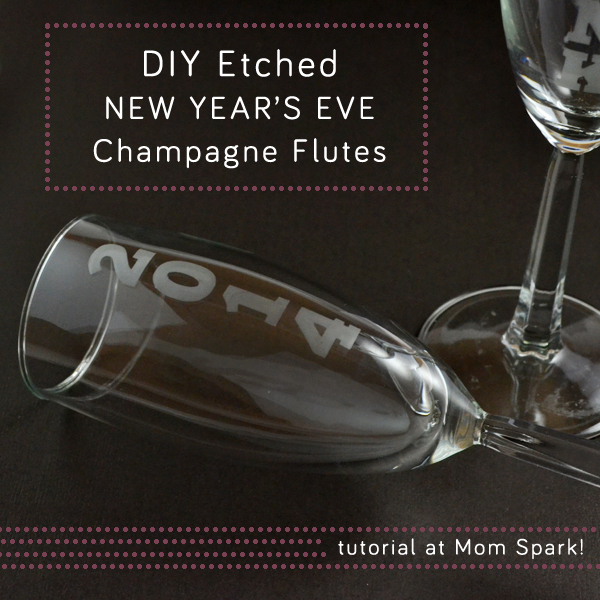 But there was a time when I enjoyed a nice party with friends all around and the pop of a champagne bottle. If with girlfriends it was probably pink which I never recall tasting good but, hey, it was PINK! And in those instances we didn’t use champagne flutes, but rather solo cups that once held something less, shall we say, sophisticated.

But as I got older I purchased wine stems and all of that grown-up glass but at events like New Year’s Eve, there would be the inevitable loss when somebody broke something and it would be upsetting every time. But what if each piece only cost a buck? If somebody drops one on the tile you’ve only lost one dollar and that’s not such a big deal… 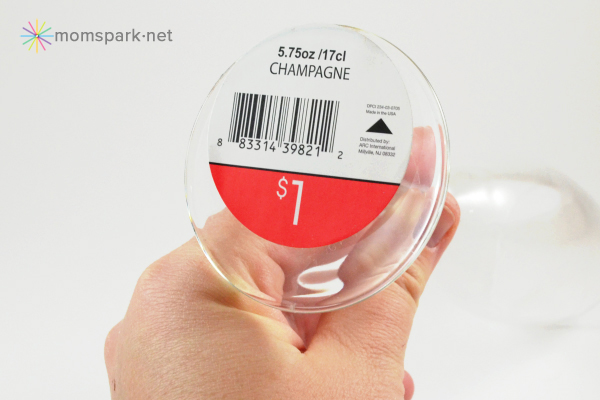 The great news is you can get some super cheap champagne flutes all over the place. These came from Target’s dollar bin and I’ve also seen them at dollar stores for a buck. 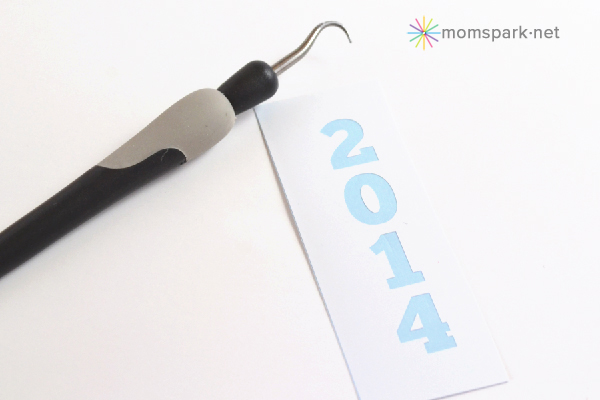 Cut words out of your vinyl to place onto the glass. I used my Silhouette

to save time, but you can also use an X-acto knife 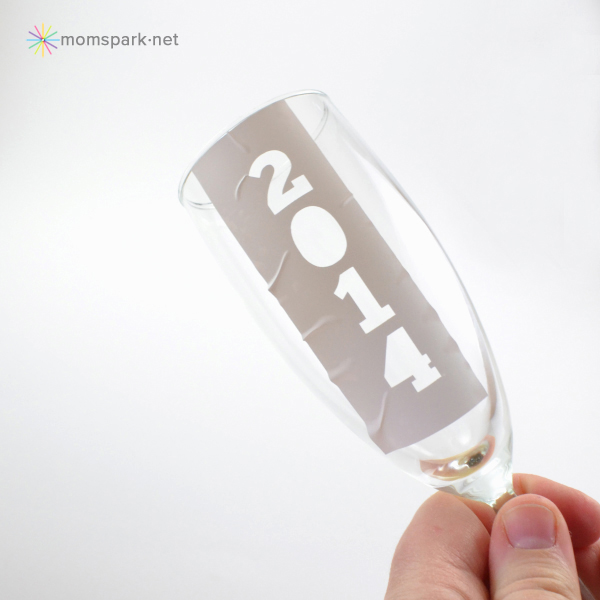 Go over your glass with alcohol and make sure the surface is good and clean. Attach your main vinyl piece and then the insides of the o’s and whatnot. 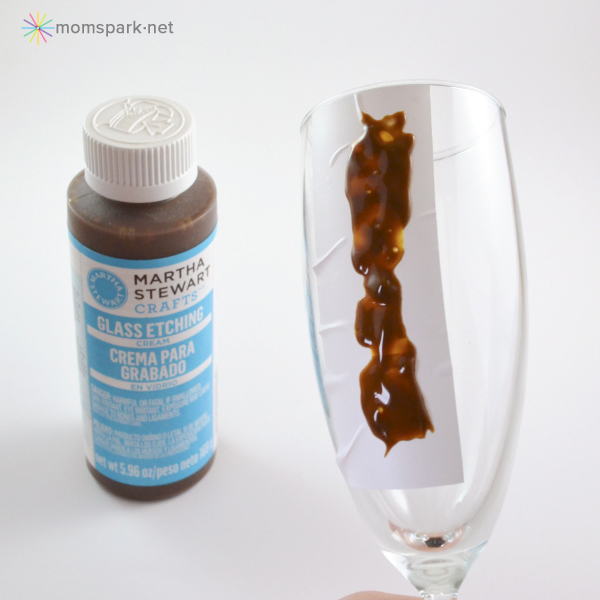 Give the stencil one last smooth down to ensure there are no bubbles to mess up your etch and slather your glass etching cream with an old brush and allow to sit per the package directions. For Martha Stewart brand you wait 15 minutes. I went 20 just to be safe.

Neat tip, you can typically reuse etching cream over and over with no ill effects. When finished, scrape the cream back into your bottle. 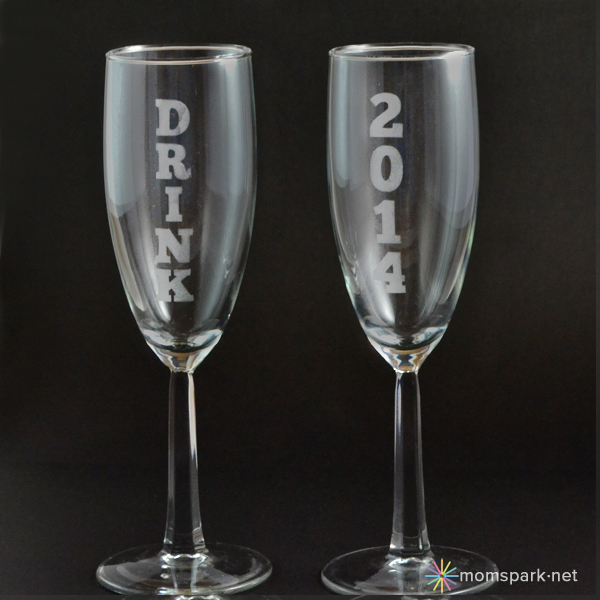 Run the flutes under your tap with the water running cool and use the brush you previously used to remove the excess cream. Rinse and dry. 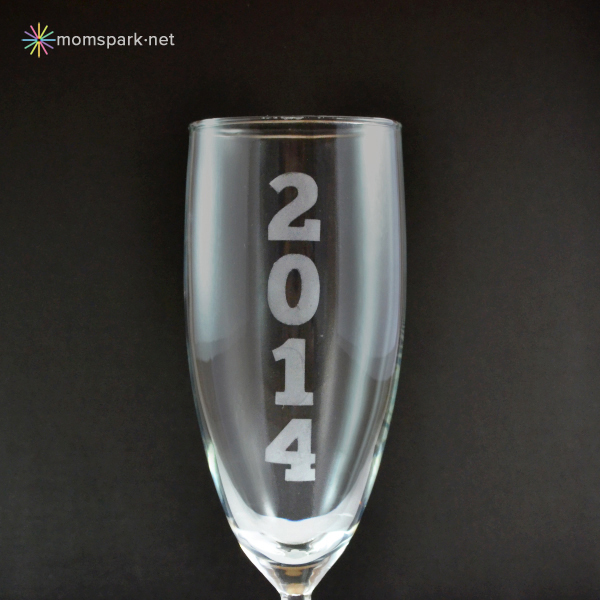 You may want to get extras in case you mess one or two up. My first attempt, the one above, turned out really well but my other has a bit of a blur on an edge. 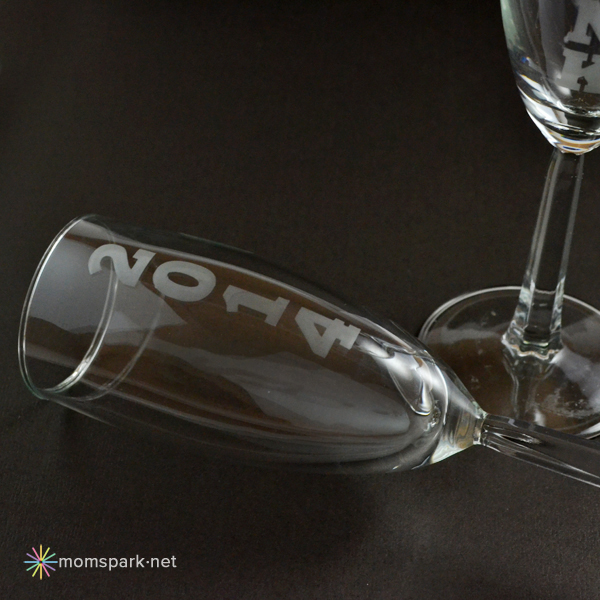 You don’t have to use a saying that is event or year specific. Also, consider making a monogram or the shape of something you really like and I promise you’ll have the most interesting champagne flutes around to ring in 2014!