by Desiree Fawn on December 28, 2020 // This post may contain affiliate links.

Can you believe the year is almost over… again? I feel like I was just sharing ideas for New Year’s Eve a few weeks ago, yet we’ve gone all the way around again and we’re about to say goodbye to 2014. I hope you’ve all had the year you’d hoped for, and if not, let’s all make our best efforts to create a 2017 that we can look back upon with happiness and fondness for the rest of our lives.

To get you in an NYE sorta mood, today I’m sharing 12 DIY ideas for New Year’s Eve that’ll get your party-ready and thrilled about watching that ball drop! 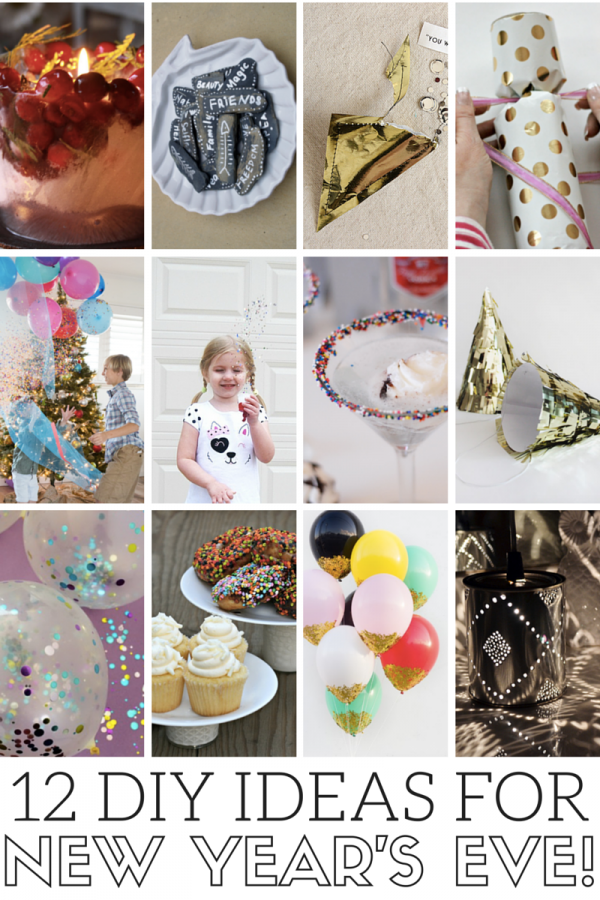 Happy almost-2017, friends! It’ll be here before we know it!

Désirée is the Canuck mama behind So Fawned Lifestyle. Blogger, social media wrangler, go-to girl. Living the life with her partner Rich and awesome daughter Gretchen, she spends her days typing and drinking copious amounts of tea, and watching Gilmore Girl reruns.