With only two ingredients, these Bacon Cinnamon Rolls are the perfect sweet and savory breakfast combination.

Bacon Cinnamon Rolls. They are the perfect sweet and savory combination. If you want to fancy it up, you can of course make the cinnamon rolls from scratch, but I really like the Pillsbury Cinnabon style of canned cinnamon rolls, so I use those. You can use good-quality precooked bacon or regular bacon. I like the precooked bacon from Costco personally. 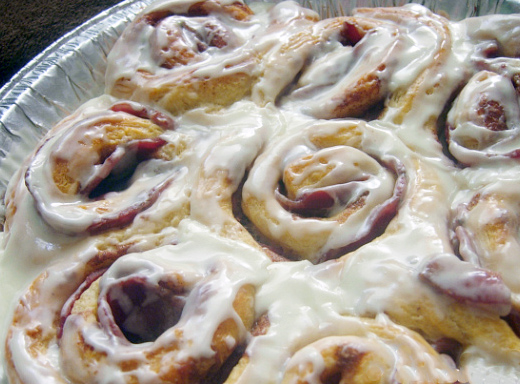 Either way, you have to crisp up the bacon a bit before you add it to the cinnamon rolls. Use the microwave or cook them up in a pan. One reason I like the precooked bacon is I can nuke it for a minute and I’m ready to roll. I never cared much for standing over a skillet getting splattered by bacon grease. If your bacon is extra fatty be sure to trim it off. 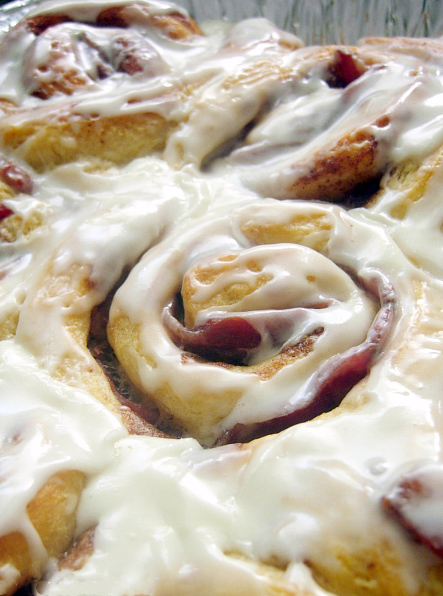 In my experience when you add bacon to a roll like this, it takes a few extra minutes for the middle roll to cook though. Ovens vary, so make sure you take it out and test it to see if it needs extra time to bake. To test it, just pull out the pan, poke the middle roll gently with a spoon or random utensil, and if it is still doughy, it needs to bake longer. 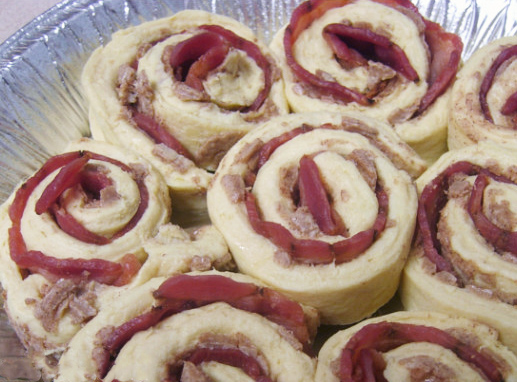 Two notes: When I rolled up the cinnamon rolls and the bacon together, I made sure to put the meaty side of the bacon facing up in the pan. That way you see the nice red bacon color. Second, I have only used a round 9″ pie plate as my baking dish. If you would like, you can bake them on a baking sheet, but I can’t vouch for how well they will stay rolled up. Baking in a round dish will take a bit longer than baking on a baking sheet. You will have to look and see for yourself if the dough is cooked through, so don’t go too far from the oven. 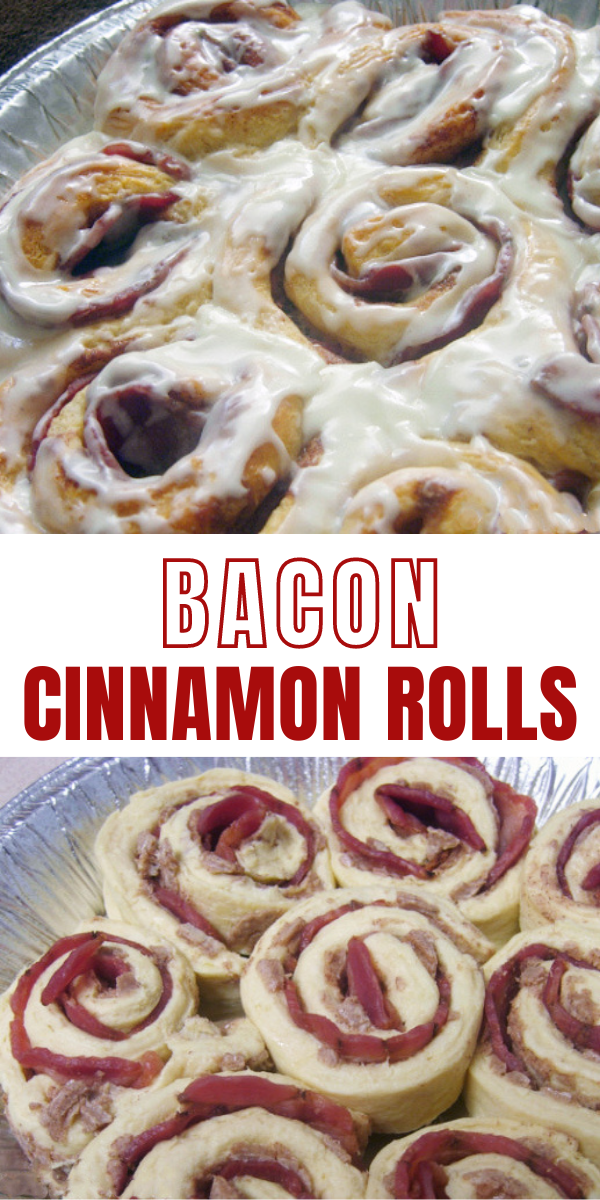 Ready for the recipe? 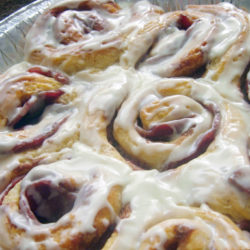