When the Past Reappears. 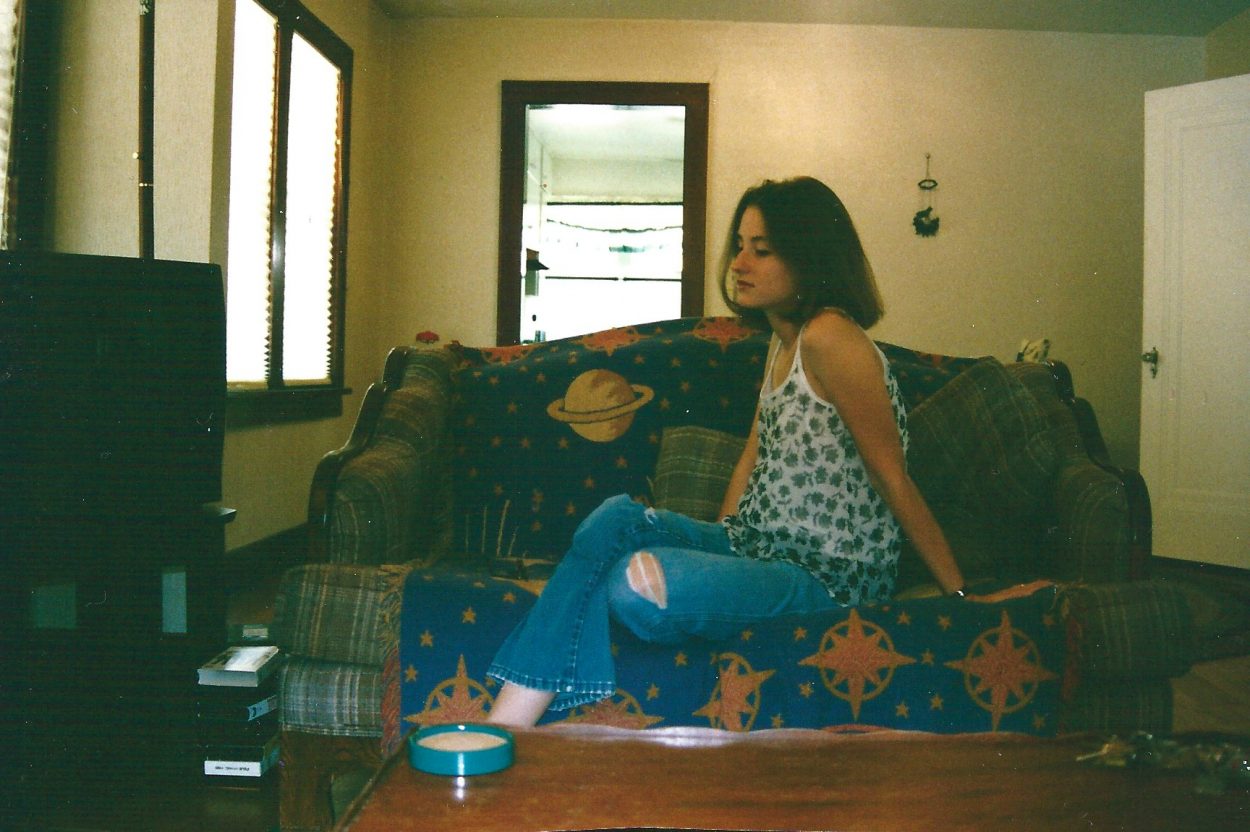 I just finished reading Orange Is the New Black by Piper Kerman. If you are unfamiliar with the book, the story follows Piper’s past with an international drug dealer girlfriend whom she helped smuggle drugs. Her crime would not be found out until 10 years later, and during a place in her life where she was finally stable, safe, and in a healthy relationship. Piper was forced to not only relive her past mistakes but spend a year in prison for it. In the end, she came out a more grateful and loving person, but it was a painful process getting to the other side. Her past crept up on her and she paid a dear price for it.

Piper’s story made me think of how our past lives shape our current being, in both positive and negative ways. I thought of my personal past and how it has affected my personality and life today. (even for my family) While I do not believe in regrets or events happening without a reason, I would not wish any of my past upon my own children. The very thought of it hurts.

After the age of 8, I grew up moving from rent home to rent a home in rough neighborhoods. I surrounded myself with neighborhood children, who were also from broken homes, and regularly indulged in smoking cigarettes, drinking, and having sex at a young age as a past-time. In my group of friends, if you hadn’t had sex by 13, you were judged for it and nearly shunned from your circle. A “sleepover” meant sneaking out to an adult man’s house to drink and smoke all night. (you had to find adults old enough to buy liquor and cigarettes, which could be an older sibling or just some random creepy guy) It is a blessing that I was never raped or abused by these strangers, as there was much talk about my “body” and “good looks.”

There never seemed to be adult supervision around. I often stayed at home alone, even as young as 11, because my mom was working or out. Most kids in my area were in similar circumstances, too, or their parents were just too drunk or high to ask them where they were going. Whatever the reason, most of us were on our own at a pretty young age, straight on a path to destruction in the form of a drug overdose, alcohol poisoning, teen pregnancy, or suicide.

In high school, I had no interest in my future, much less a career, so I never thought about it. I just assumed that I would continue to float along in life and somehow be taken care of. As long as I had friends by my side, I would be okay.

I had a rude awakening when graduation day made its way into my life, though. I would soon turn 18, which meant I needed to move out on my own (according to my mom), and this is when I experienced my first panic attack. I never felt more alone than then.

I did find a job shortly after high school, as well as a place to live, but I continued on with my reckless lifestyle, which then included clubbing every weekend and throwing regular parties at my place. I would later join a band, which only enhanced that lifestyle even more. I was floating through life, just how I had planned. I had no direction and I didn’t care. I found my comfort zone in people who also had no direction or plans. It was safe but empty. Even surrounded by friends, and good friends even, I felt alone and empty. 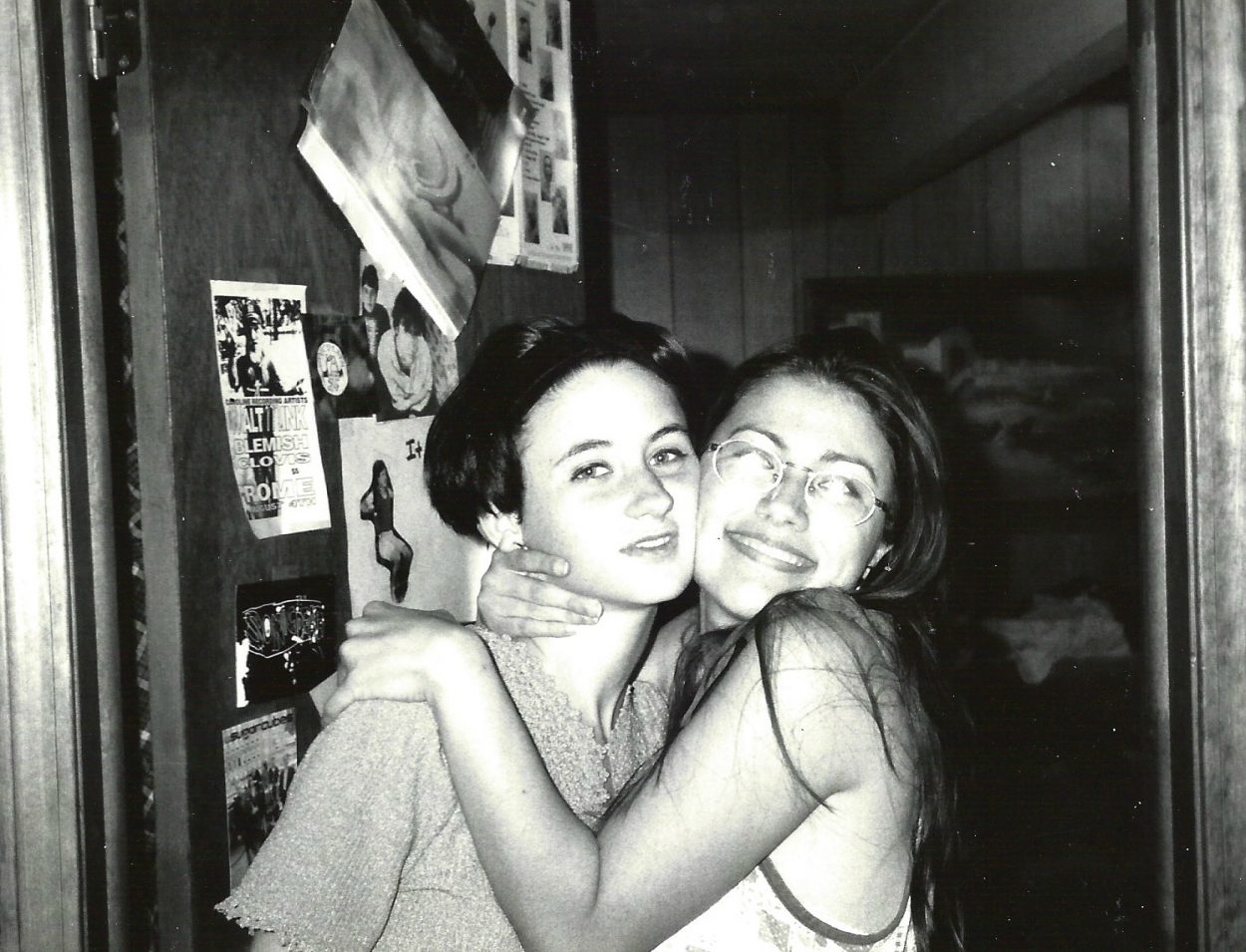 this one kept me sane

In the 22nd year of my life, something different comes along. I met a man and he changed me. For the first time in my existence, I saw a future for me, and one that really mattered.

My family would not adjust as quickly as I did to my new lifestyle, and in the end, it would split us. Even with the unhealthy relationship I had with my family, this split tore through me. My epiphany became their nightmare, and I would lose them because of it. Again, I didn’t believe in regrets or events happening without a reason, so I had to make peace with it and let it go. It took years to let it go.

When my oldest son was a baby, I worked full-time at the Oklahoma Department of Corrections. (funny, in Orange Is the New Black, Piper Kerman was actually held in an Oklahoma City facility for a short time) My husband worked a part-time job as a radio DJ, so he stayed home with our son while I worked. It wasn’t an ideal situation, and my heart was ripped out each morning when I had to leave him behind, but it was necessary at the time. 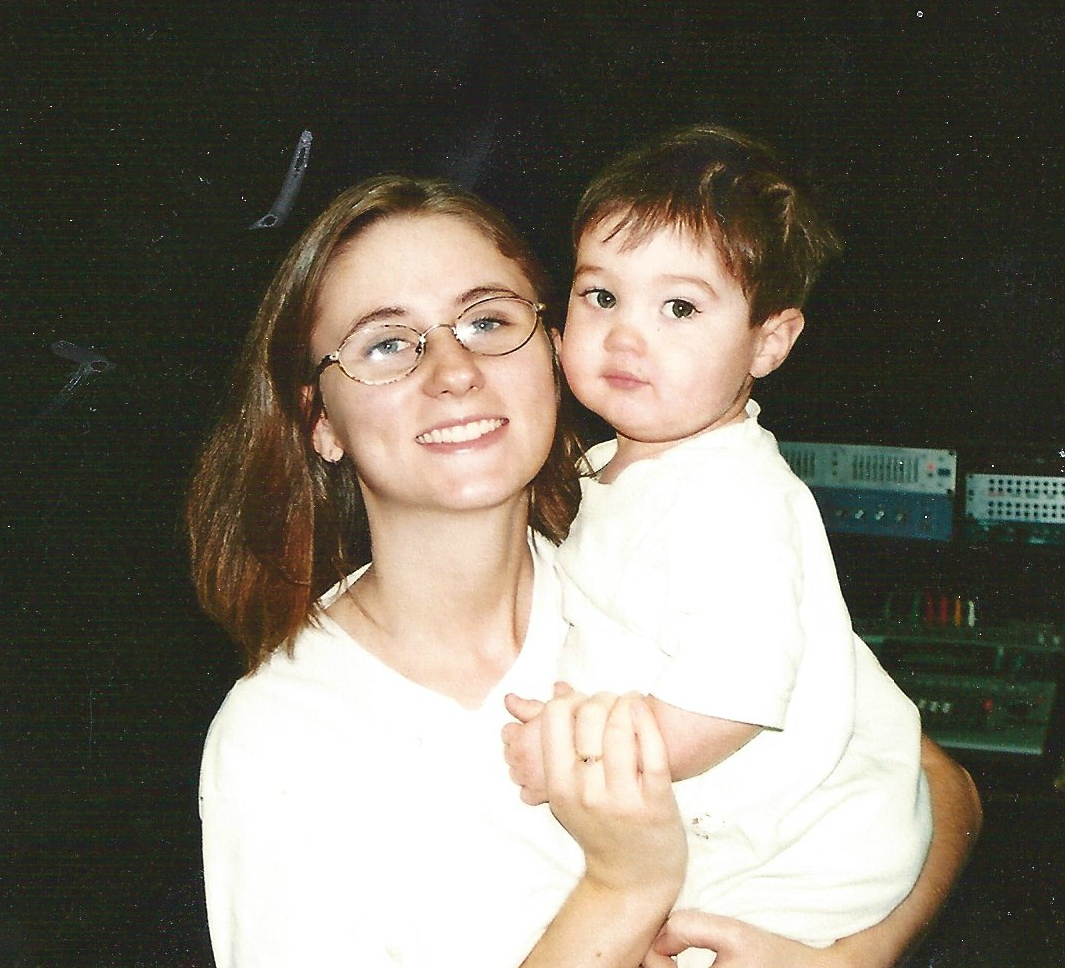 One day, I was driving on the highway, on my way to meet my husband for our son’s doctor’s appointment. Out of nowhere, I had a moment of fear that I had not experienced in years. My breathing became shallow and my heart would not stop racing. I just knew that I was about to die.

But I wasn’t. I was having a horrible panic attack, right there on the highway in 75 mph traffic, with no particular reason, and without warning. My past had reappeared and it wasn’t pretty.

I would experience these attacks in the years following and nothing, in particular, would trigger them or curb them. Anxiety had just become a part of my life, and not one that I could particularly control, which of course, made them worse. I was good at hiding them, too, which again, made them worse. I felt like I was being punished for having a happy life. With each attack came the chains of my past.

Anxiety wasn’t the only way my past came to tug at me, either. Social media entered the world, which made the world a small place and an easy platform for my old friends and family to pop in and out of my life. In some cases, the reunions were beautiful, but in others, I was faced with criticisms and judgment for my life as a wife, mother, and blogger. Words like “fake” or phrases like “she thinks she’s better than us” we’re just a few that I came across. These people from my past could not understand the turn I made in my life and how it was right for ME. Perhaps it was because they weren’t yet there themselves, who knows. Whatever the case, it was cruel and hurtful. My old life reared its head, once again.

But, somehow, I eventually came to peace with it.

I could not escape my old life or write it off. My past, present, and future were me, all of it. The mother of two sweet boys, the wife of a talented man, and the girl who drank an entire bottle of Mad Dog 20/20 by the train tracks several years prior. It was me. Fighting it only brought on the anxiety and pain more, and frankly, I was over it.

It’s cliche to say, but this life is so short and with only one reliable outcome – death. Knowing this (and we all know this), we cannot spend the short time running in fear, tearing down others, or pointing blame. We are given what we are given, and sometimes we’re given very little. It doesn’t matter. We can still make magic from little.

“Complaining is stupid. Either act or forget.” – Stefan Sagmeister

Some things you can’t forget, but you can act by practicing acceptance. I refuse to be stuck or held captive by anxiety, those who push me down, or my past.  I also refuse to ignore my old personality, lifestyle, and experiences. It happened. It’s done. Complaining does nothing but forces us to relive the pain.

I also refuse to believe that all of my past experiences were bad, because they certainly were not, so I choose to focus on the beautiful moments. I may have been a victim, but I refuse to live like one, or only remember the pain. What I have is now, not then.

Will my anxiety disappear completely with this newfound attitude? Of course not.

Will I be held prisoner by my anxiety or by those who criticize me? No.

Will it still hurt? Yes.

32 Comments on “When the Past Reappears.”