Are We Still Smoking Around Our Kids?

If you are a child of the 1970s, like me, chances are you had relatives who smoked cigarettes around you. It was normal then. In my family, my dad (who later gave it up) and a few extended family members were smokers.  It was normal to play in a smoke-filled room and I never thought anything of it.  I was even a smoker myself for a few years.  Then something happened…I grew up and started using my brain. (with what brain cells I had left) 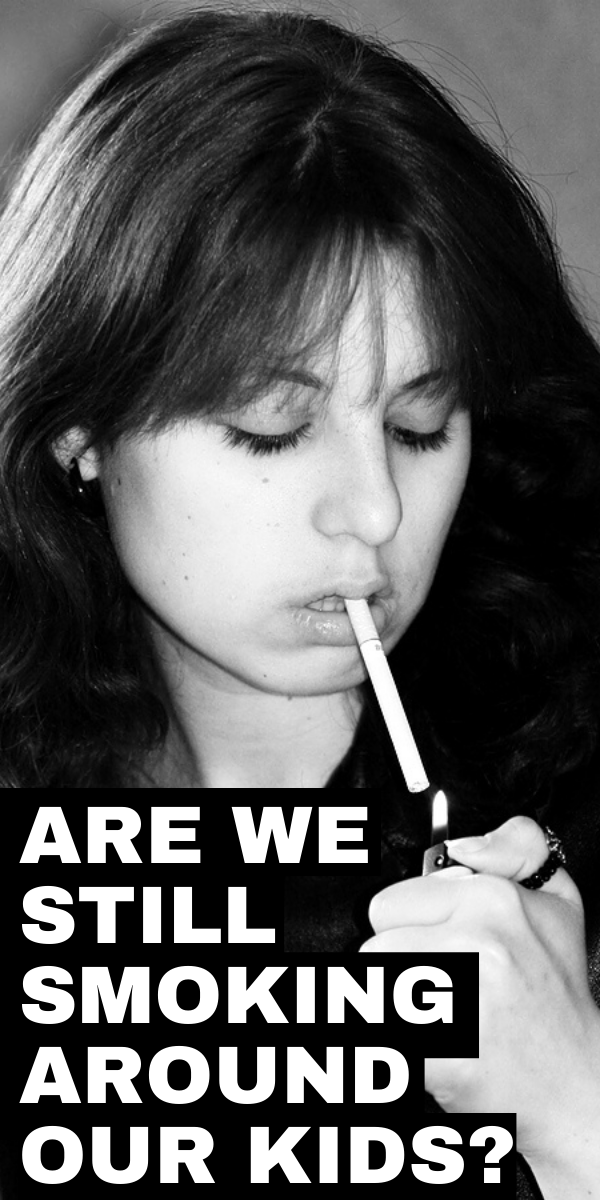 In 2011, I think most of us know the risks of secondhand smoke – SIDS, asthma, low birth weight, hearing loss, and ear infections, but there are shockingly still parents, family members, and strangers who have no problem lighting up around children, including newborn babies and pregnant women.

Fortunately, most restaurants and public venues have prohibited smoking inside, which does help, but the habit still lingers in the front of buildings or outside event doors.  You can still get a cloud of smoke in your face if the wind blows just right or you happen to walk behind a group of chain smokers.

It gets complicated when your family members are the culprit of this bad behavior.  For example, when I was pregnant with my first son, I had the tough decision of asking my family members not to smoke around me.  What should have been an obvious consideration ended up making me feel like a jerk, but I knew that if I didn’t bring it up nothing would be done. Very, very sad.  Also, very, very difficult to convince a smoker who has raised their own children in smoking households, or was a smoker while pregnant, that secondhand smoke is dangerous.  There is a wall of denial built up that is hard to scale.

You wanna ruin your body from smoking?  Knock yourself out, but don’t do it around those who aren’t given a choice.  It’s selfish and unfair, plain and simple.  If you do it around my children, I’ll ask you to stop. My oldest son already has asthma is in a smoke-free home, and even if he didn’t, I wouldn’t want your harmful chemicals in his lungs.  Sorry, but he means more to me than your habit.

What experiences have you had with relatives or friends who smoke? Has it ever become a problem?  How have you dealt with it?

52 Comments on “Are We Still Smoking Around Our Kids?”