by Troy Pattee on October 9, 2019 // This post may contain affiliate links.

If your kids are anything like mine, they want creative costumes that stand out from the pack. This usually means mom or dad to the rescue to help them come up with something better than what any store could offer. The challenge? I consider myself a decent face painter, but I can’t sew to save my life. So, I was glad to see Halloween costumes made out of cardboard boxes trending this year. Who would have thought something so readily available as Amazon boxes could help me earn father of the year for best airplane costume ever? Score! 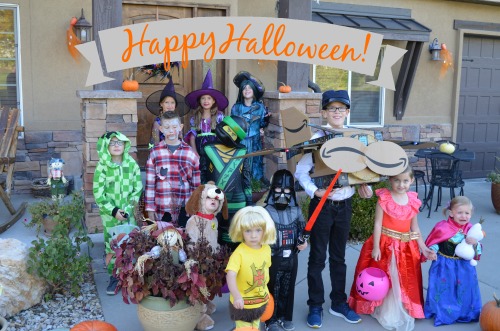 The great thing about creating Halloween costumes made out of cardboard is that you don’t need to spend a whole lot of money, develop any sewing or other crafting skills, or search too far for the perfect material. 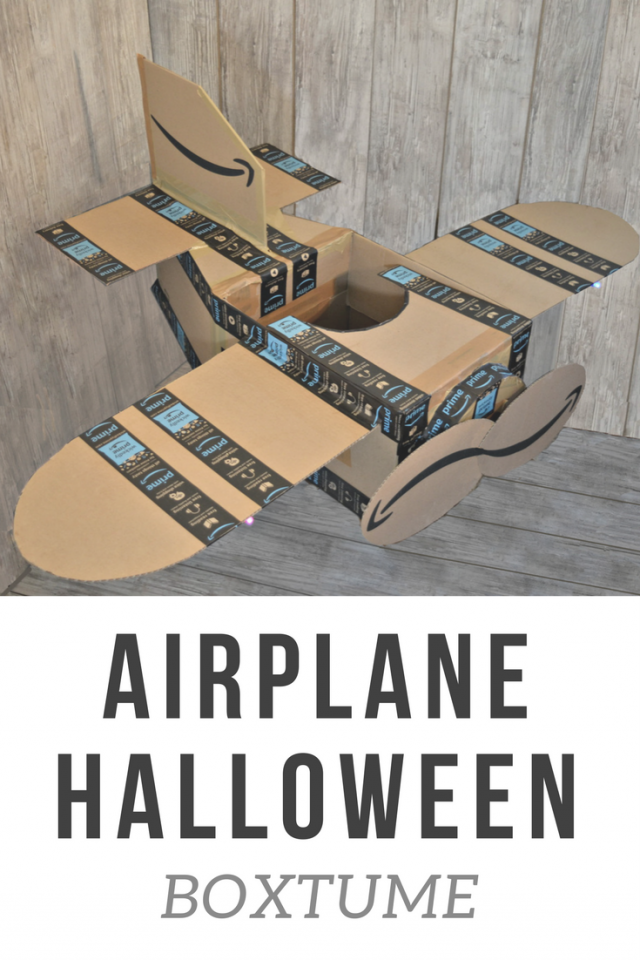 I mean, with Amazon Prime being the source of so many purchases these days, having Amazon Smile boxes

around the house is highly likely. And even if you don’t have any sitting there, looking up at you, saying: “Please turn me into a rocket ship,” you can easily head over to your local grocery or shoe store and they are likely to have extras they’re happy to donate to your child’s need for creativity. 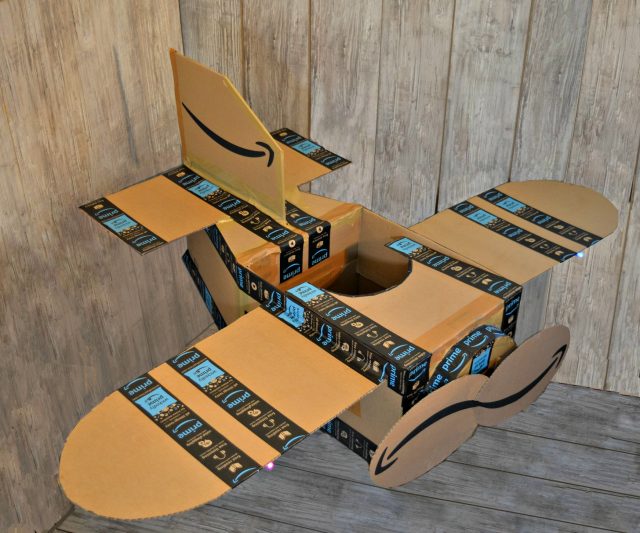 The cool thing about DIY box projects? They lend themselves to wow-ing kids with finishing touches. Let’s take this Amazon-inspired airplane Halloween costume tutorial I share below. Adding things like a motorized propeller, landing lights, and black Amazon packing tape for emphasis turned a basic cardboard airplane into the talk of the treat-or-treating town. Talk about standing out in the crowd! 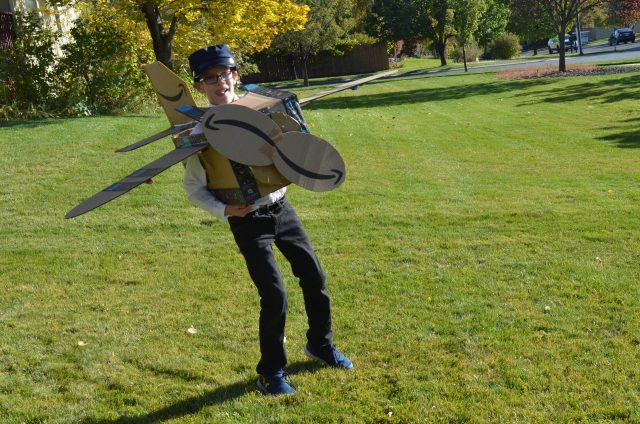 Video Tutorial: How to Make an Airplane Costume out of Cardboard Boxes

There’s no time like the present to get started on your cardboard creation. For a quick and simple visual tutorial on this airplane costume, be sure to check out this video.

If reading steps is easier for you as you embark on your DIY box journey, follow this guide below:

If you’re looking for a fun DIY box Halloween costume project to help your kid stand out in the crowd this season, just go grab some cardboard and voila! Your child will be flying high in no time.

What are your DIY Halloween costume tips and tricks?

Troy Pattee is an MBA entrepreneur turned stay-at-home dad to two teenage boys and a beagle named Hashtag. He captures humorous stories about carpooling, grocery shopping, riding Razors with his kids, and other fun fatherhood adventures on his blog: Dadventurous. When Troy isn’t keeping the fort down, he builds things: a stream in the backyard, an in-home movie theater, and this airplane out of Amazon Smile Boxes complete with LED landing lights and a motorized propeller.