A few weeks ago, I jumped on a plane to Portland, Oregon (my first trip to Oregon) for a quick trip to visit the set of the upcoming film Missing Link created by Laika Studios. 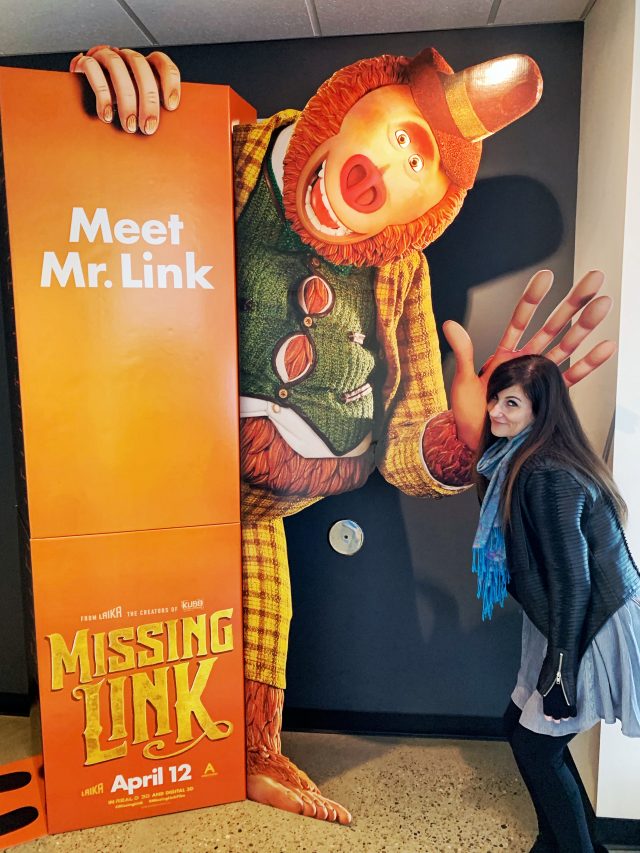 But, let’s get back to Missing Link, which hits theaters on April 12th.

This April, meet Mr. Link: 8 feet tall, 630 lbs, and covered in fur, but don’t let his appearance fool you… he is funny, sweet, and adorably literal, making him the world’s most lovable legend at the heart of Missing Link, the globe-trotting family adventure from LAIKA.

Tired of living a solitary life in the Pacific Northwest, Mr. Link recruits fearless explorer Sir Lionel Frost to guide him on a journey to find his long-lost relatives in the fabled valley of Shangri-La. Along with adventurer Adelina Fortnight, our fearless trio of explorers encounter more than their fair share of peril as they travel to the far reaches of the world to help their new friend. Through it all, the three learn that sometimes you can find a family in the places you least expect. 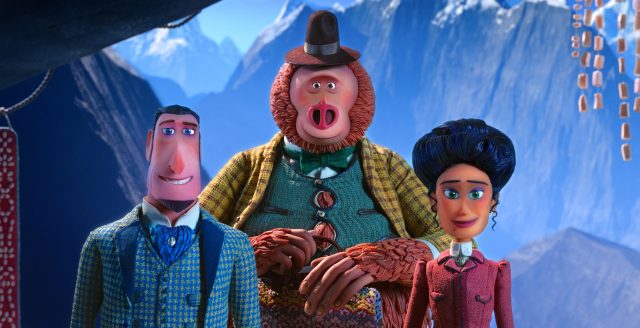 Consistent with previous Laika Studios films, Missing Link integrates stop-motion puppetry with digital animation. If you are wondering why Laika movies look so unique, that is why. The official term – Hybrid Movie.

During my set visit, I got up close and personal with the puppets and sets used in Missing Link and to say that my mind was blown is an understatement. Y’all, there are so many layers that go into a film of this magnitude. 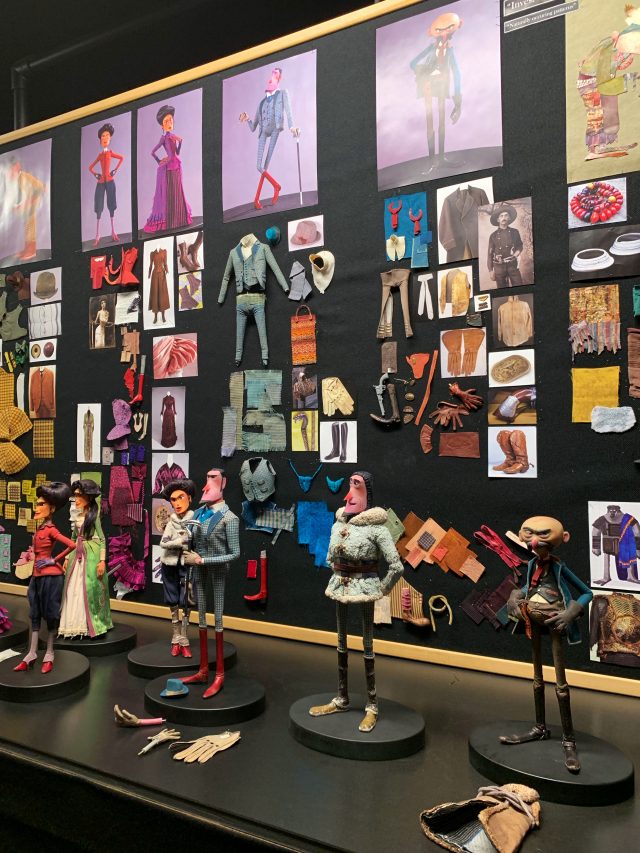 The puppets. I have seen a few stop-motion puppets in person before, but the artistry and care that Laika created for each Missing Link character are out of this world. 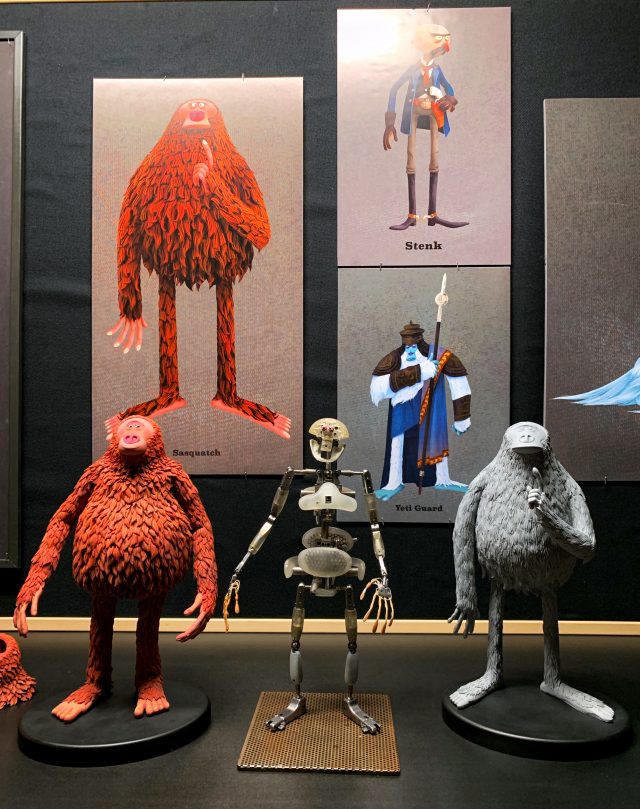 All puppets are made in-house at Laika Studios, with a little assistance from a very fancy 3D printer. Each character is about a foot tall and is rigged under its exterior to provide flexibility and movement for the puppeteers.

The intricacy of each character’s costume design was incredibly detailed and meticulous. And they certainly have to be. With each scene being so close and tight, any imperfections are glaring and obvious, which can take the viewer straight out of the story. 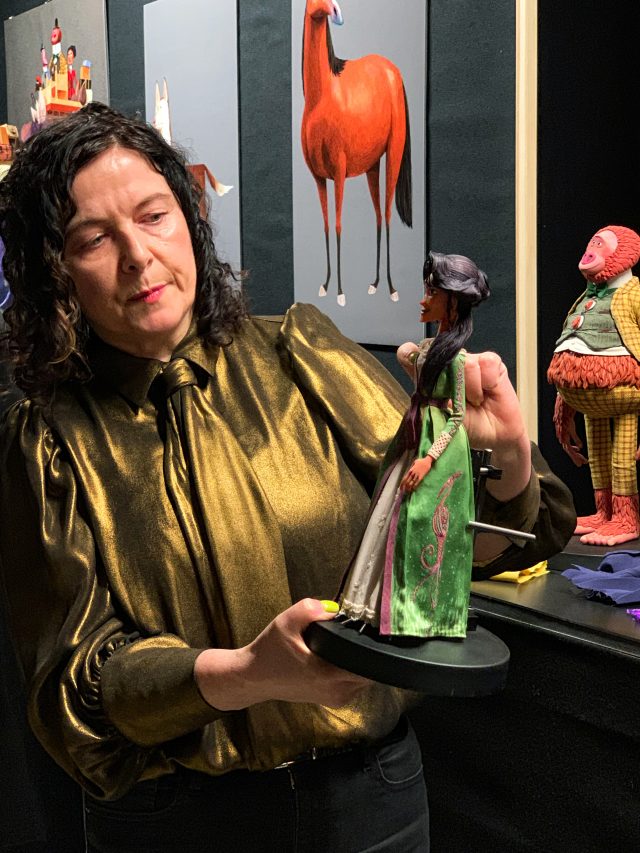 How long does it take to create a character costume?

Costume Designer Deborah Cook shared that “It can be several months, sometimes a year to get to the final version, especially in the lead characters, because everything that becomes laid down in the lead character almost becomes the formula for the rest of the costumes. So, you’re building that world all the time.” 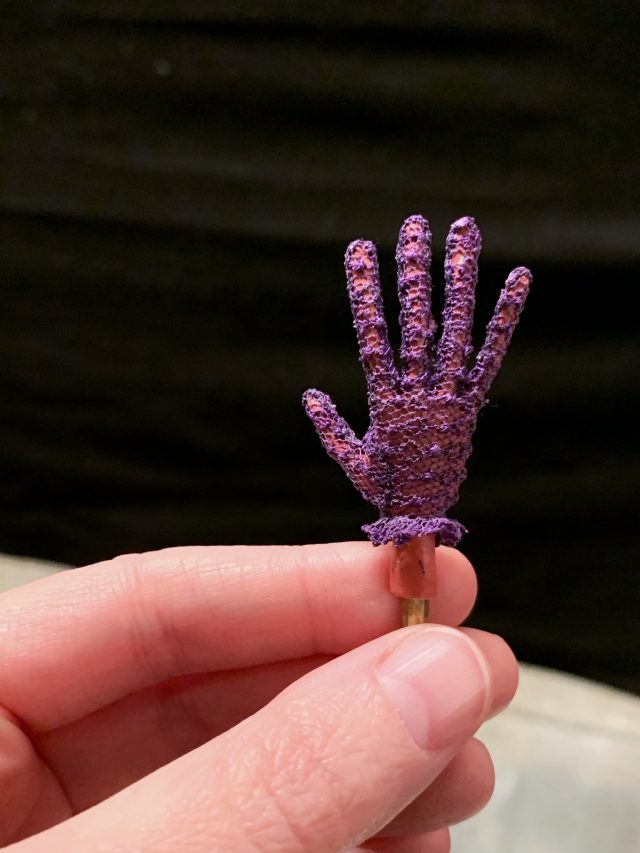 Seeing the costumes in person created an appreciation for the Laika costume design team that works tirelessly to enhance the world of the film while respecting the puppeteers who have to manually move the puppets from scene to scene. 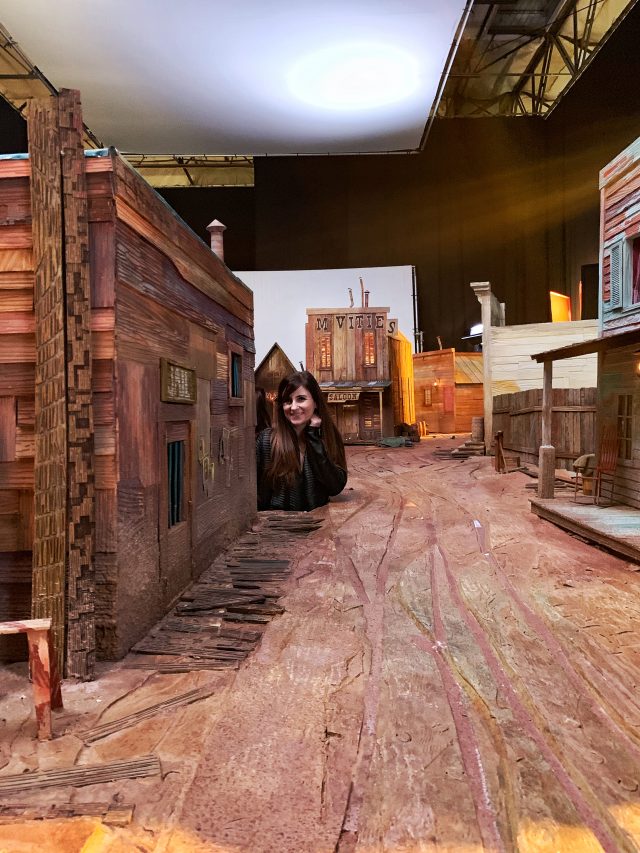 As with the puppets and costumes, the stages for Missing Link were incredibly intricate and full of the tiniest details. One could look at a set like this and not know that it’s made to scale of the puppets, yet has such much life and vibrancy. 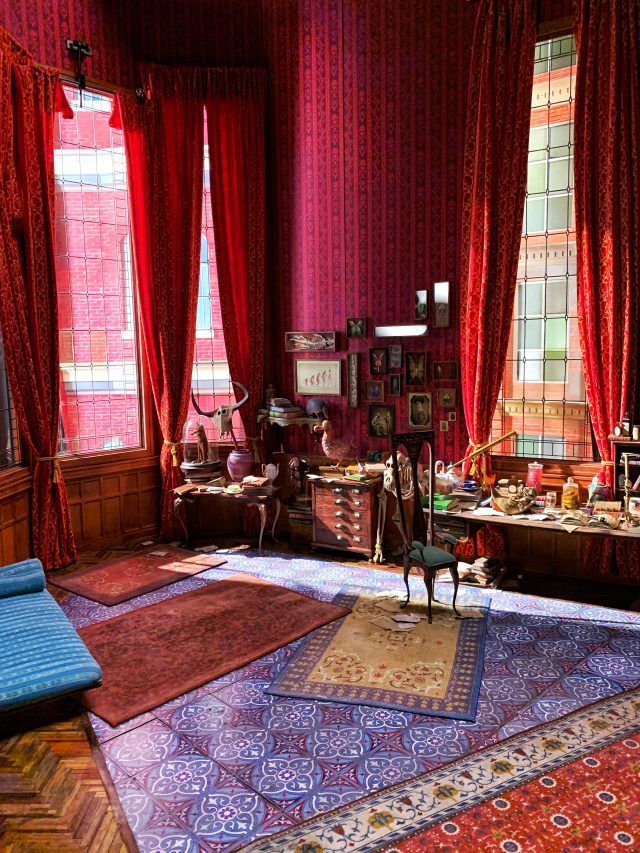 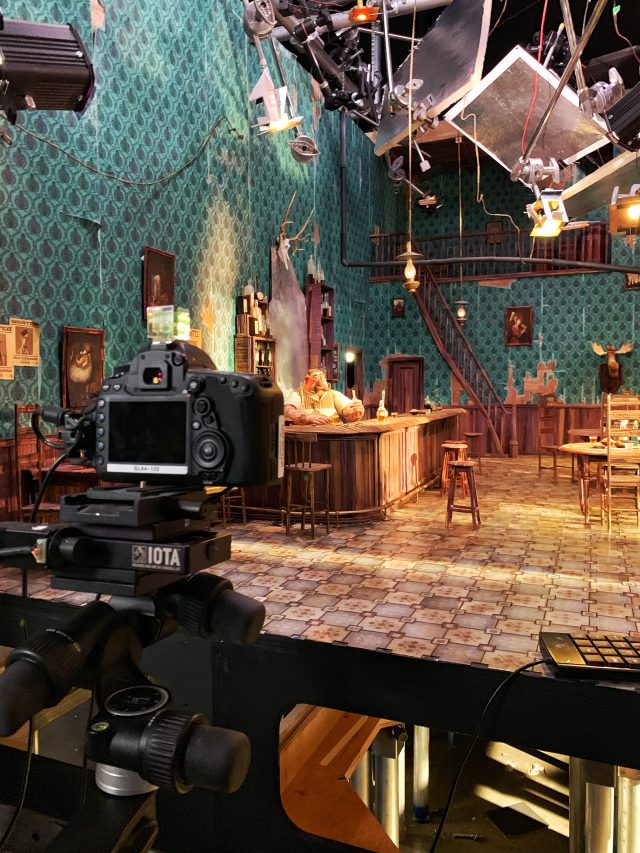 “I want to go someplace that I could never go, and I want to be moved emotionally.  And the emotional component comes out of empathy and the believability of performance.  And so, that’s really what we’re doing here. We want viewers to forget that they’re looking at a 10-inch puppet that’s being pushed through time and space one frame at a time by human hands.

And just fall into the story and be engrossed by the story and then hopefully be moved by these performances.  So, we do these extra little subtle things to make sure that hopefully you’re not ever being pulled out of that.” 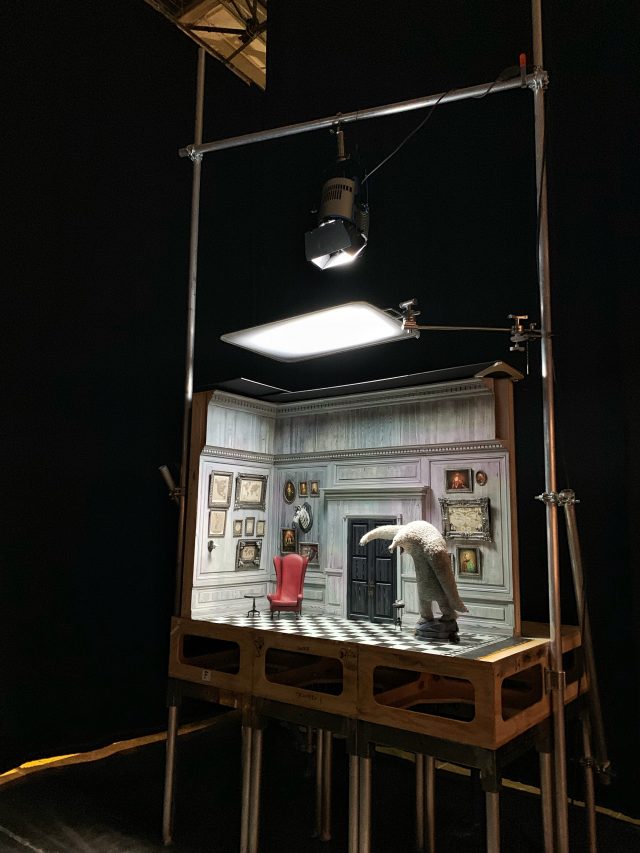 Just how many digital assets are in Missing Link? You may be surprised to know. I certainly was.

Visual Effects Supervisor Steve Emerson told us, “We had a total of 1,486 shots.  That’s about 200 more than Kubo.  As I like to say, 1,486 little stories, so there’s a point to every shot.  Every shot tells a little bit of a story. It’s contributing to it, right, and these are just some numbers in terms of the visual effects work that we did.

In order to flesh out these worlds, be respectful to all these cultures, we ended up having to build 531 digital assets.  That’s everything you can see, from barrels to dollies to lanterns to creatures, and then, we built 182 digital puppets. That’s more than double the number that we built for Kubo.”

Missing Link is in theaters on April 12th, so I encourage you and your family to enjoy a movie that embraces being unique and brave through adversity. And now you’ll know a little bit behind the scenes when you do!