Remember when we were kids? We didn’t have fancy schmancy toys to keep us occupied. Well, some of the kids I knew had an Easy Bake Oven but other than that it was Care Bears, Light Brights, and maybe, just maybe a Nintendo with like 4 games. That Nintendo (the original one with no letters after it, often called an IN-tendo by parents everywhere) was probably the fanciest thing you could have. 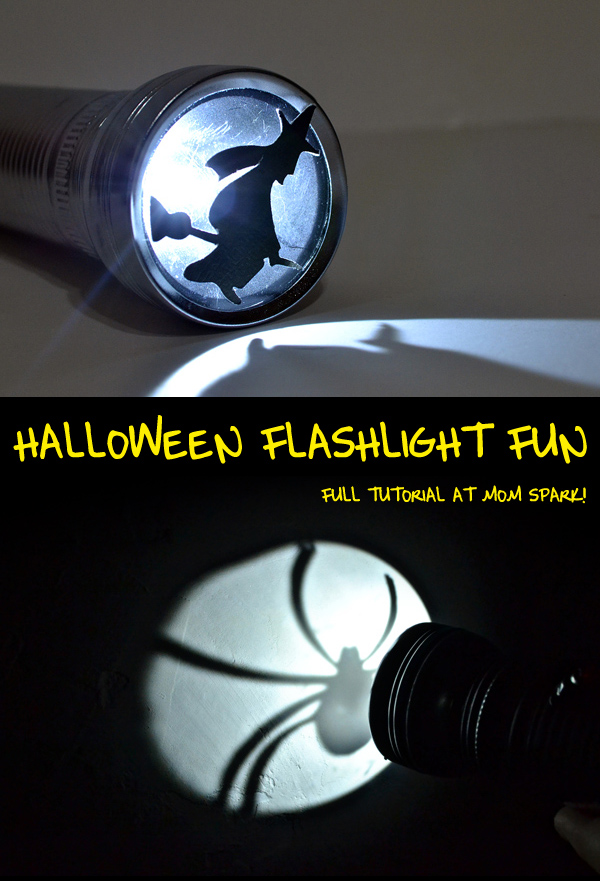 More often than not my sister and I played with totally random stuff. The flashlight was a HUGE thing to play with. You could shine the light through your hands, go on adventures in dark closets and cut out pictures to shine onto the wall or ceiling.

That’s what I’m sharing with you today… some old-school Halloween fun. And because it is 2014, I’m also sharing a cut file so that you can make a few of these shapes and toss them to the kids to get their gears grinding and they can come up with some of their own ideas! 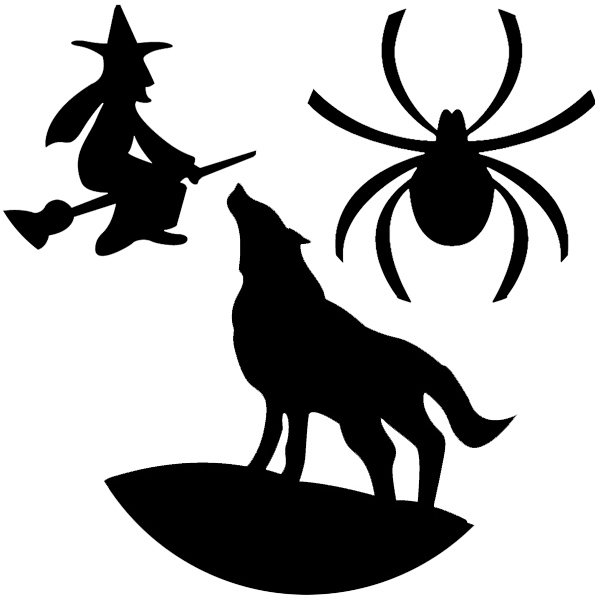 Here are my shapes. I tried to make things that you could envision in front of a moon (since the light is round and moon-like!) 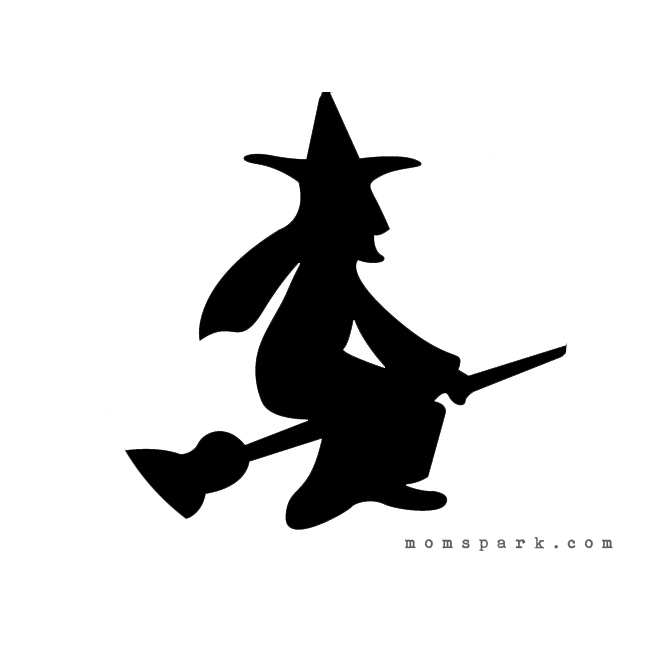 We have a witch traveling in front of the room, probably to do something dastardly. (if you don’t have a Silhouette you can also cut these out with an X-acto knife) 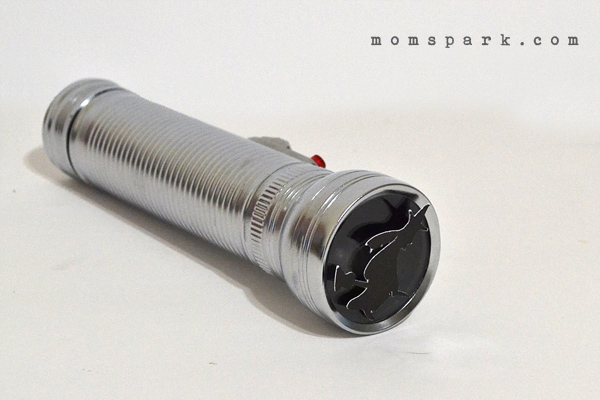 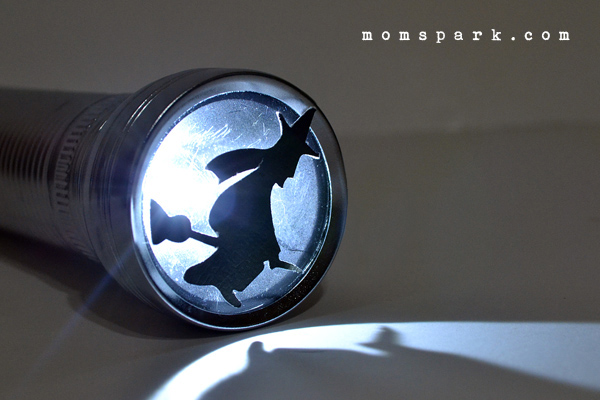 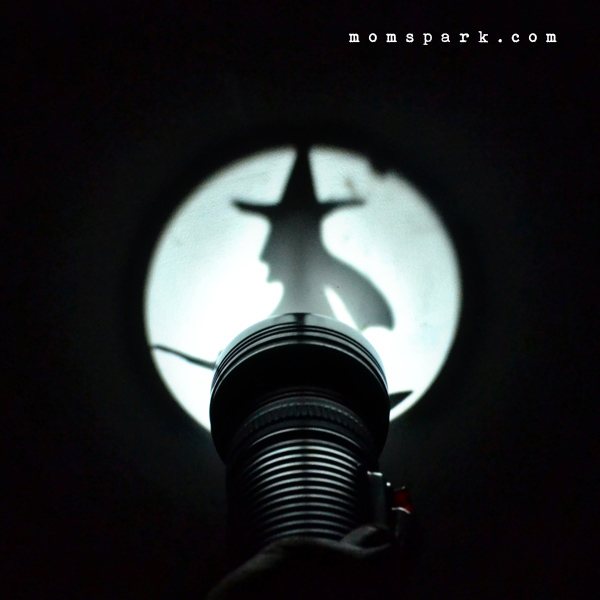 And shine your light at the wall. Now my flashlight is a reproduction of a vintage model and it has no bells and whistles. If you have a fancier flashlight at your disposal, you can sharpen the image with the twistable focus! 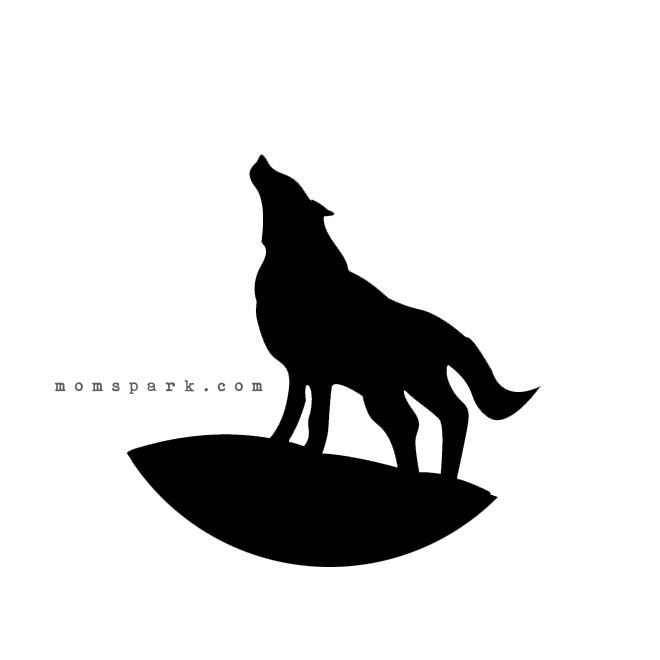 We also have a wolf howling in front of the moon. 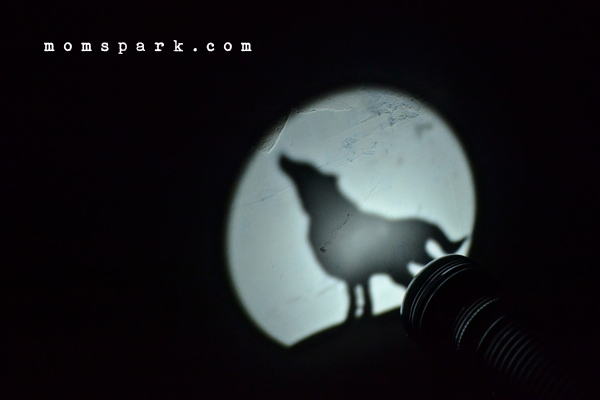 Could it be a werewolf? 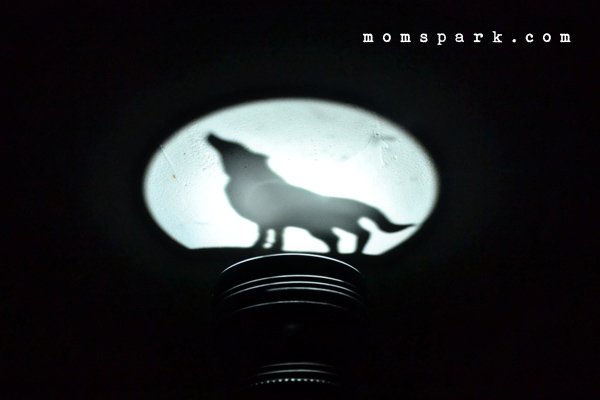 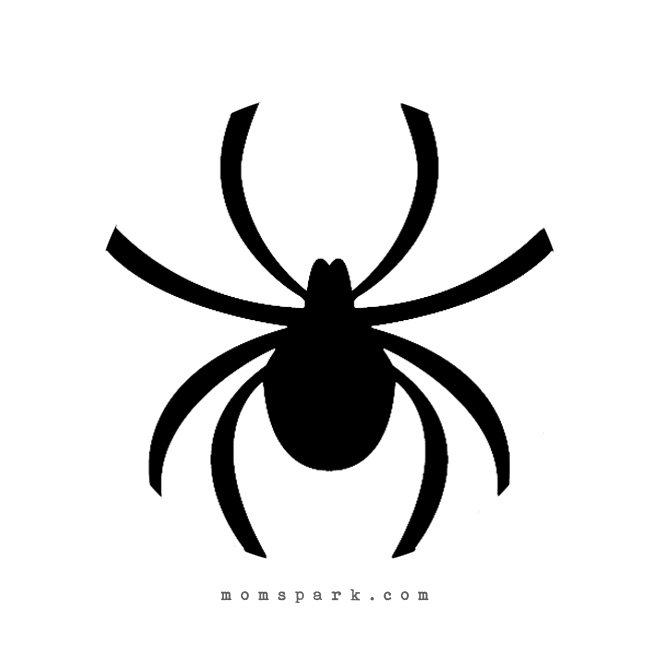 And last of all, we have a creepy spider dangling off of the front of your flashlight… eek! 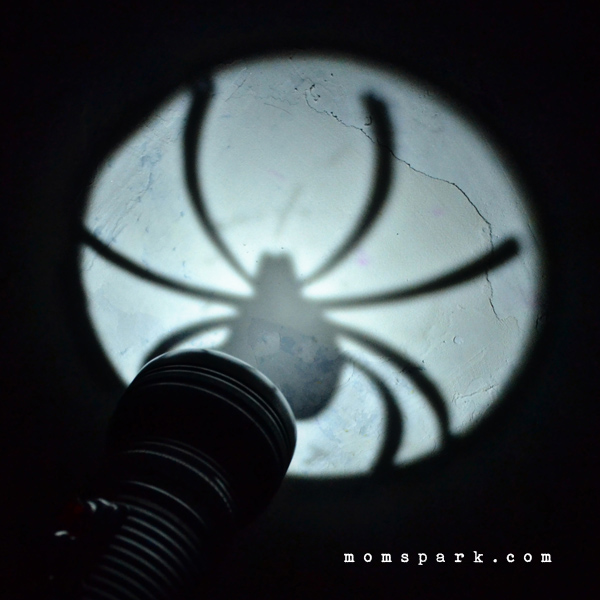 This one is probably the creepiest to me because I HATE spiders! 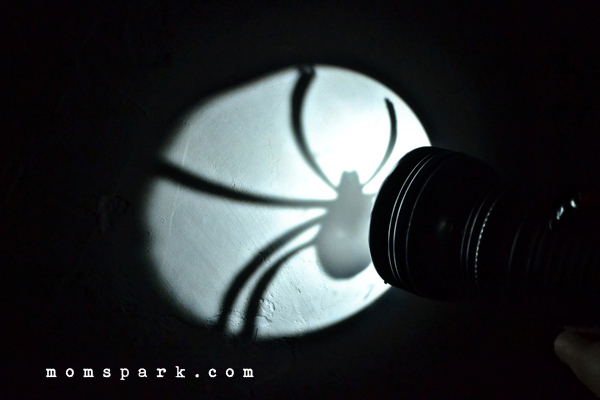 With a little imagination, kids can come up with their own shapes to cut out and smack onto the end of the flashlight. I know this type of thing kept me occupied for hours and I think it might keep your little one pretty deep in some low-tech Halloween fun!