A few weeks ago, I set out for an adventure like no other to the country of Israel. 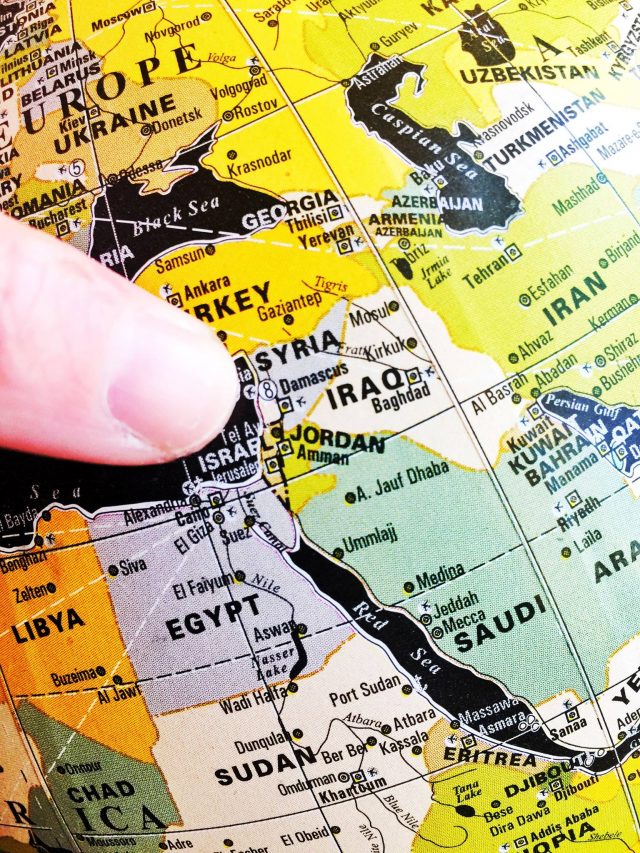 Thanks to Vibe Israel, I had the honor of touring this amazing land and connecting with the people who call it home. 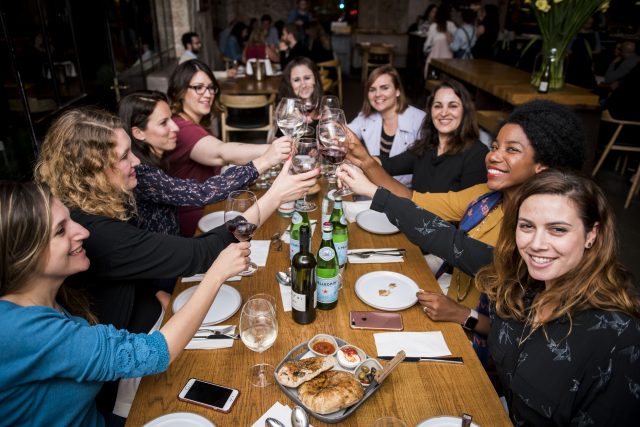 I’ll be specifically recognizing a couple of amazing Israeli women that I met, but I first must tell you a bit about Vibe Israel, who was seriously the coolest group of tourism folks that I’ve ever worked with in my career. 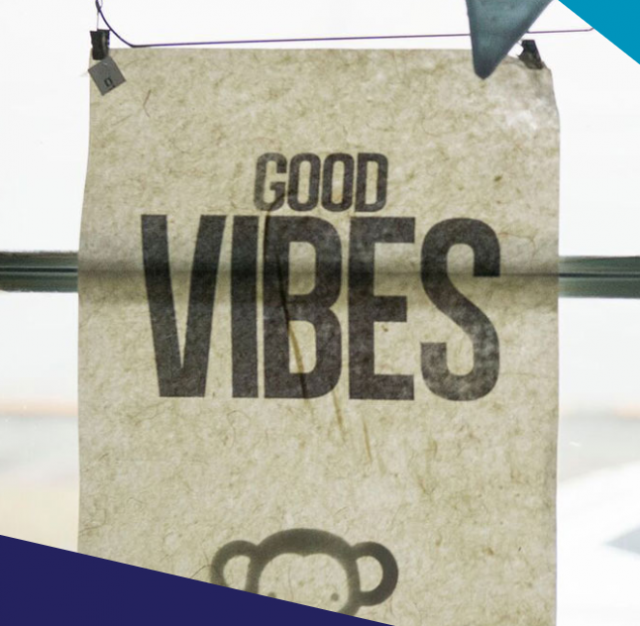 You can see why I was drawn to Vibe. It was honestly a no-brainer for this creative soul.

Okay, so, back to my story about the two fabulous Israeli women that I met one amazing night, which I think you’ll be just as inspired by as I was. Strong, determined, and creative are just a few adjectives that I can use to describe these ladies’ impressive nature. 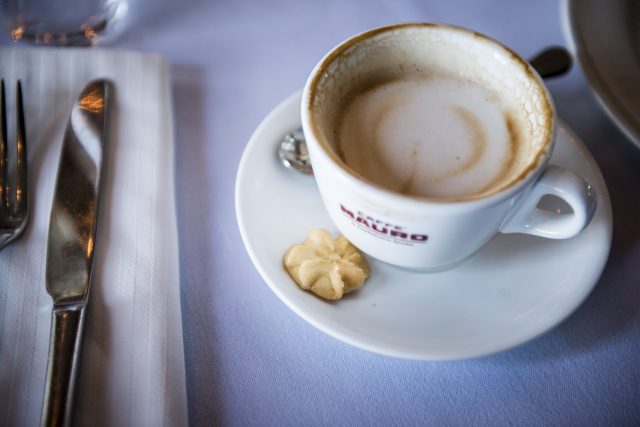 One of the lessons I learned from their combined wisdom, and perhaps the most important one throughout my visit, was their lack of apology for pursuing what they love and want in life. Whether those pursuits include a difficult college degree, a brand new business venture, a far-fetched dream, or a simple cup of coffee (I actually caught myself apologizing for a cup of coffee because a host had to brew it, for which I was quickly corrected for). Let me explain even further.

Let me explain even further.

It was a Saturday night in Tel Aviv. Our group of five gathered around a large wooden table at Claro, a hip farm-to-table style restaurant, with Ofra Abramovich and Hila Korach. 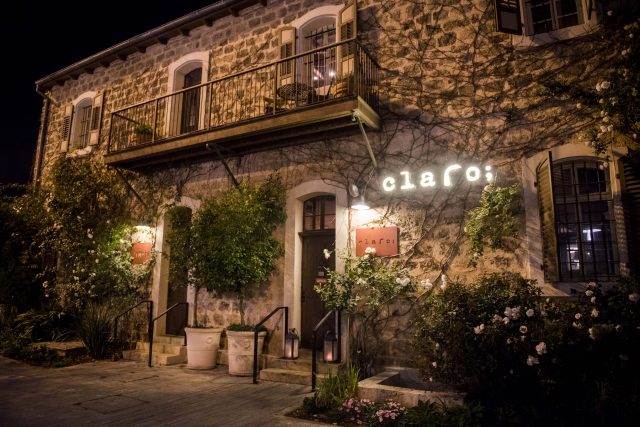 These two self-starting moms would alter my outlook on being uncomfortable, gender equality, and why women tend to apologize for EVERYTHING (especially in the United States). 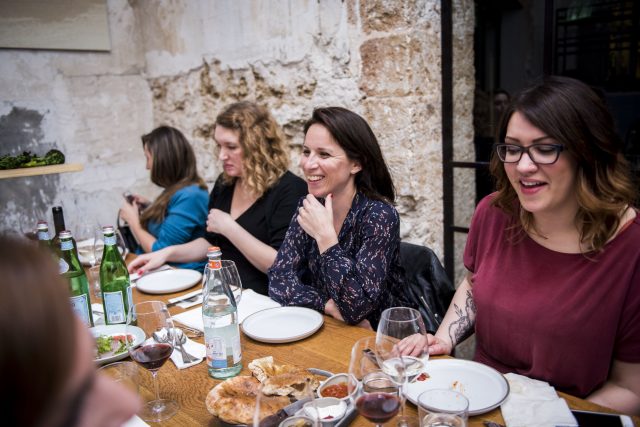 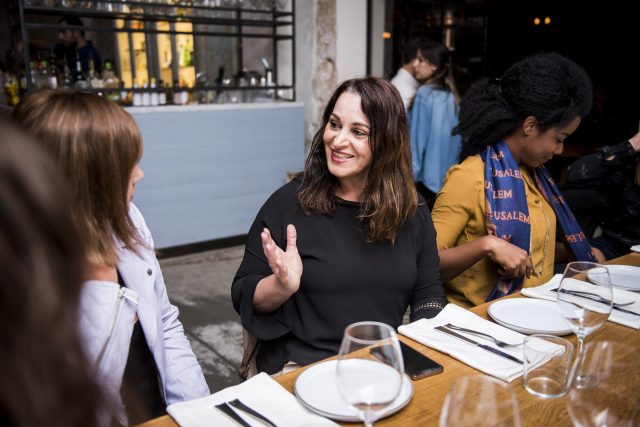 Ofra Abramovich is the founder of Mamanet – the largest women’s league and the 3rd most popular sport branch in Israel. Mamanet has thousands of active mother-players who participate in close to 1000 teams located in municipalities all over Israel, Cyprus, Austria, Italy, USA, Canada and Switzerland and more.

Ofra devotes her life to promote Mamanet life’s philosophy where mothers should be able to belong to a sport team and thereby lead a healthy and active life. As such, those mothers become a personal example and a role model for their children and families. Mothers who participate in Mamanet have proved their ability to build a strong community which become a platform to emphasize school pride, good sportsmanship, professional competitions and enhancing community building and mutual aid. This model has not only been adopted by mothers from around the world, but also received recognition from government agencies, the UN, sport agencies such as CSIT, the National Olympic committee, health & lifestyle companies and more. Ofra holds a Bachelor degree in Psychology from Queens College, NYC and lives with her husband and 2 daughters in Kfar Saba, Israel, where she is also serves as the chairwoman of the women’s Volleyball Club Hapoel Kfar Saba.

As can see from her bio above, Ofra has accomplished something for moms that had never been done before in history…a sports league. While it is a flourishing, thriving, successful venture for Ofra today, it certainly wasn’t during the creation process. Not in the least. 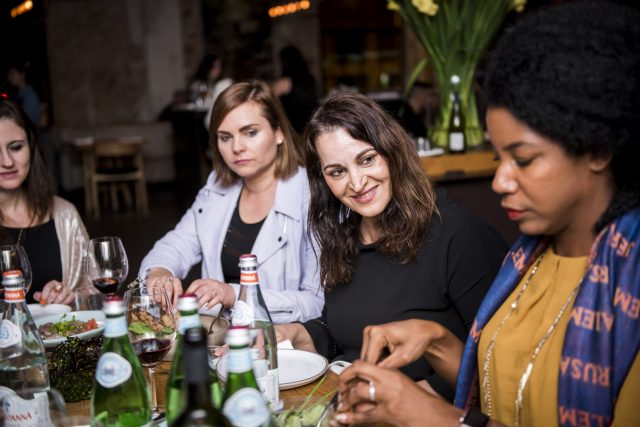 Instead, this brilliant idea of creating a sports league for moms led to a series of “you can’t do this” and “nopes” and “no ways” from numerous males who were responsible for moving the organization forward. But Ofra wouldn’t take a no for an answer and kept pushing for a “yes.” She certainly didn’t apologize along the way, either. And you know what? It worked. 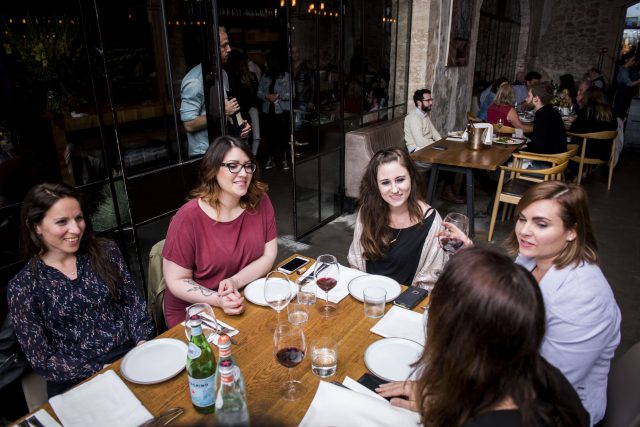 This discussion transitioned to an even more interesting discussion on gender equality and what that means to those of us women who often didn’t feel respected by our male counterparts when it comes to business.

Ofra’s perspective on “women seeking equal rights as a man” wasn’t necessarily about equality at all, but perhaps not in the way that you might imagine. Instead, she offered a new vision on the topic altogether. 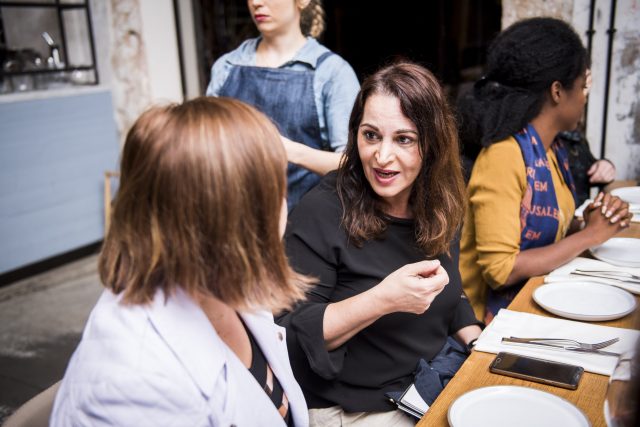 This statement was quite a jolt of truth that I hadn’t heard from that perspective before. It was smart and made sense, but still had my head spinning.

Ofra, of course, wasn’t suggesting that men were the only humans on this great Earth who had ever oppressed her during her professional and personal journies. No, not at all. In fact, the men I personally engaged within Israel were incredibly gentle and respectful of my life, work, and ideas as a woman. Ofra’s point wasn’t really highlighting men at all; it was simply referring to any force that dismisses, condescends or invalidates a passion and vision.

Anyone who oppresses you lives on a level that you should always try to rise above. Be better, always. 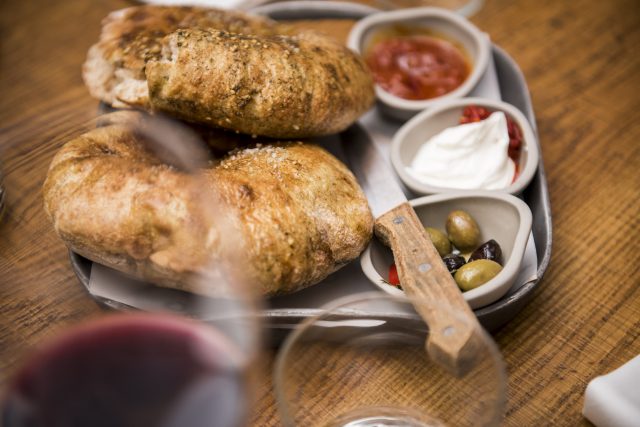 I can’t tell you how enlightened I was by this new perspective. This soon became a new mantra stuck on repeat inside my brain, which has slowly started teaching my heart to believe its absolute truth, too. One day, I hope to be as confident in its meaning as Ofra. 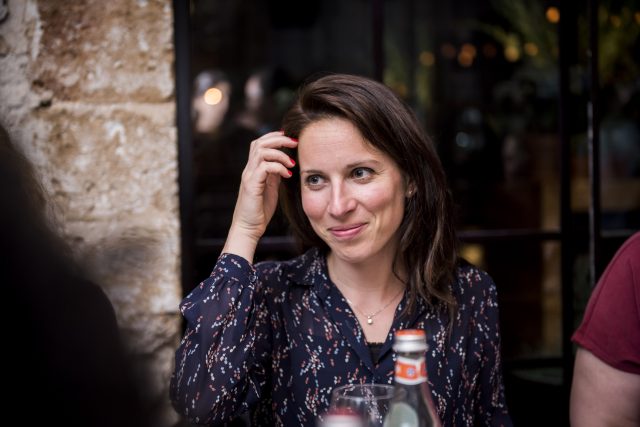 Hila Korach is a journalist, radio host and TV-personality. Hila holds a Bachelors degree in Diplomacy and is currently studing Medicine at Tel Aviv University. Hila lives with her husbadn and their two children in Holon.

Hila couldn’t stop singing Ofra’s praises during our dinner (for obvious reasons), but our group soon switched gears to get a handle on Hila’s incredible story of going back to university (with a current bachelor’s degree, career in journalism, and mom if two) for a whole new degree in medicine. IN MEDICINE. What? 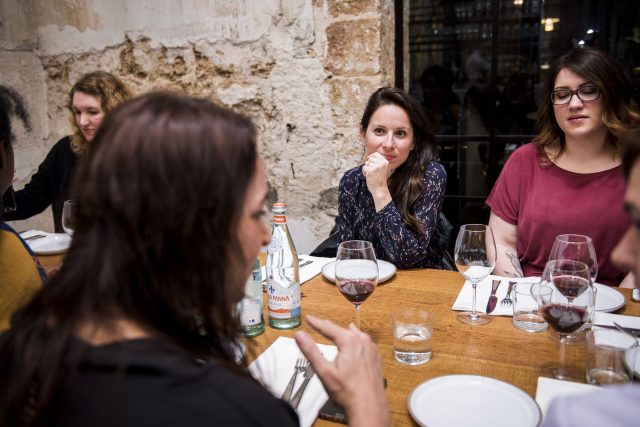 So, why did Hila decide to take on the brutal process of medical school when she was already far into rock stardom?

Well, we had to ask her, and she replied quickly with, “Why not?”

A simple answer, really, but there is a good reason why she responded that way. 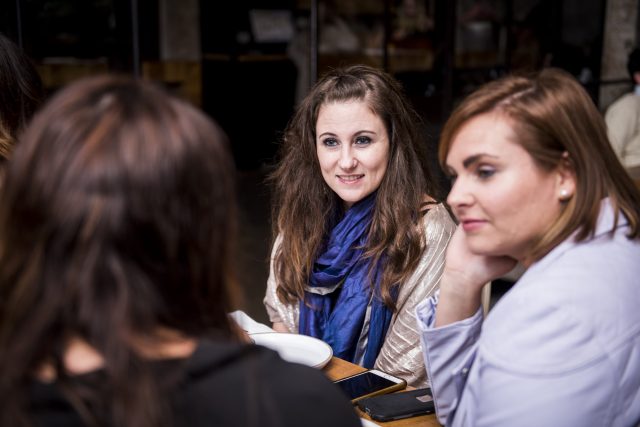 Life is but a short one. I know it’s a cliché term, but if an opportunity presents itself to consume new skills, talents, and knowledge during this limited lifetime, Hila says to do it. 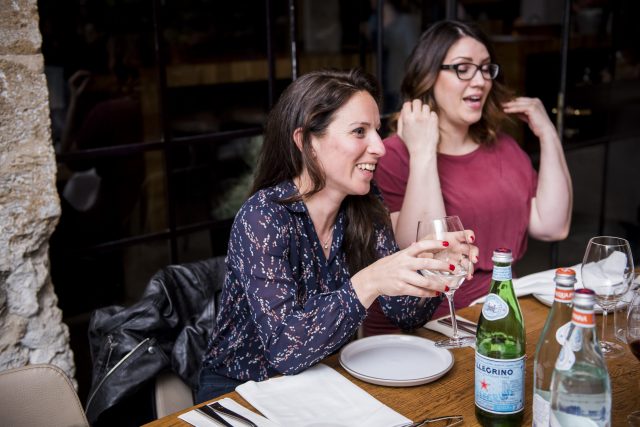 Learning leads to evolution and evolution undoubtedly creates life changes that can impact the world. I’ll admit that it’s hard to argue with that.

Hila’s story opened my eyes to the possibility that I could take on a different interest or path if I chose to. After all, if Hila can be a mother, earn a degree in Diplomacy, work as a journalist, AND go to medical school, why couldn’t I dabble in a new venture myself?

She certainly inspired me to think WAY beyond my current skillset and explore new paths. Though this journey may be (and probably will be) scary and uncomfortable, the reward always holds more power. The kind of power that creates sparks and stimulation that this world could surely need right now. 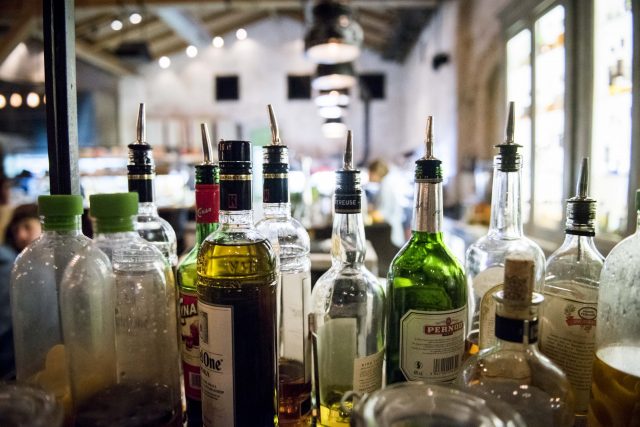 I have many, many more stories to share with you during my Vibe Israel visit, so please keep checking back with me more. In addition, here are a couple of short video clips that I’ve put together from Day 1 and 2 that I hope you will enjoy. More Day videos are on the way, too. ✌️

My travel, meals, and accommodations were sponsored by Vibe Israel.