Coca-Cola sponsored my travel, accommodations and other expenses for my trip to Nepal.

As I mentioned in my post a couple of weeks ago, Nepal experienced a massive 7.8 earthquake last year. This powerful quake affected an estimated 8 million people in 39 of Nepal’s 75 districts, including Nepal’s two largest cities – Kathmandu (where I spent most of my time in Nepal) and Pokhara.

The Coca-Cola Foundation quickly jumped into action by giving a $1 million grant to the American Red Cross in delivering assistance to 75,000 people in 15,000 households by providing emergency health care, emergency shelter and restore family links.

During my short visit in Nepal, I had the opportunity to sit down with the earthquake victims of the Bottlers Nepal Limited (BNL) to hear their personal stories of that dreadful day and how they are doing now. 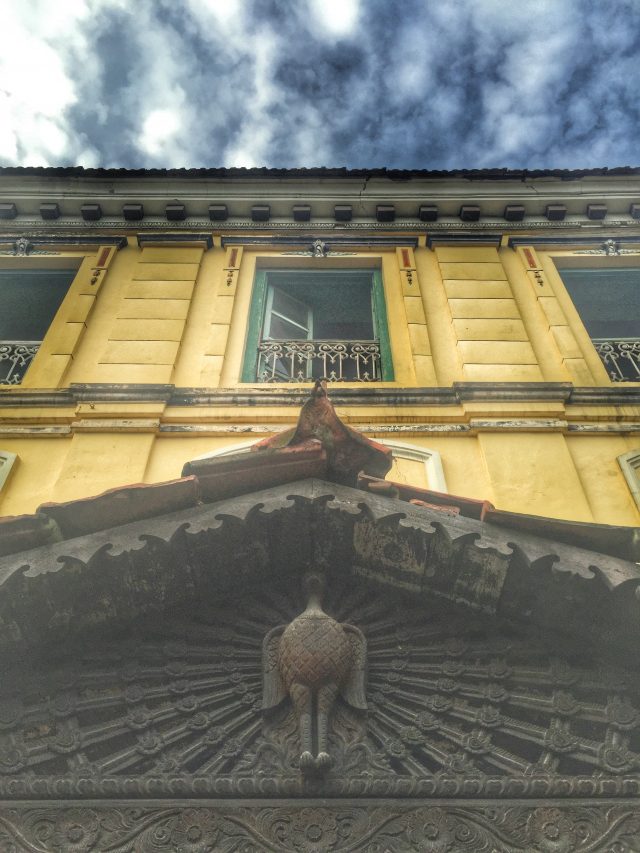 We met the employees of BNL at Bhojan Griha, a traditional Nepalese restaurant in Kathmandu. This unique venue is over 150 years old, belonging once to the royal priest of Nepal. This dinner experience included a lengthy meal, folk singing and dancing, and I’ll share more about that further down the post. 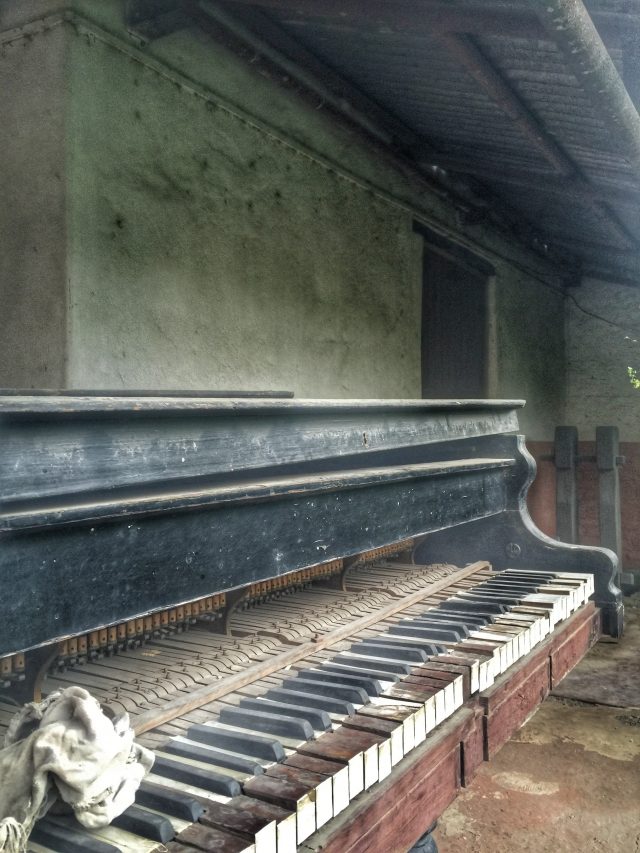 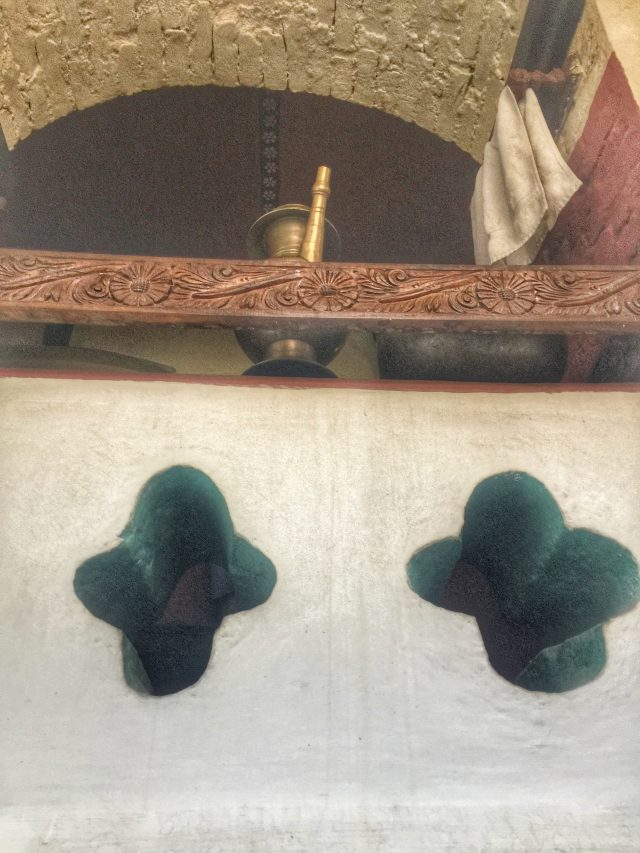 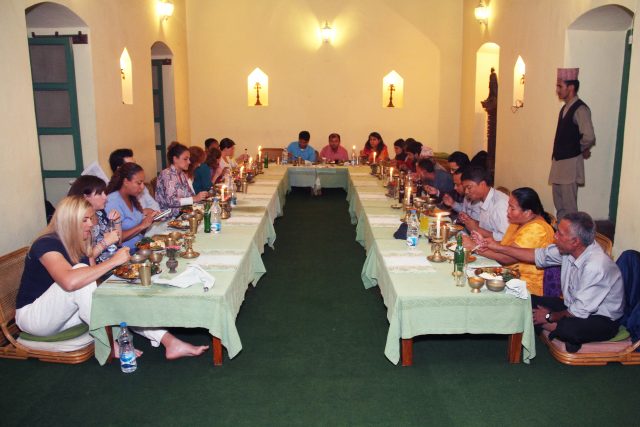 After the earthquake, communication was difficult as internet access and phone lines were not functioning. Despite this obstacle, Salman Latif Rawn, managing director of the Bottlers Nepal Limited (BNL) did everything he could to locate his employees, most of which were displaced. 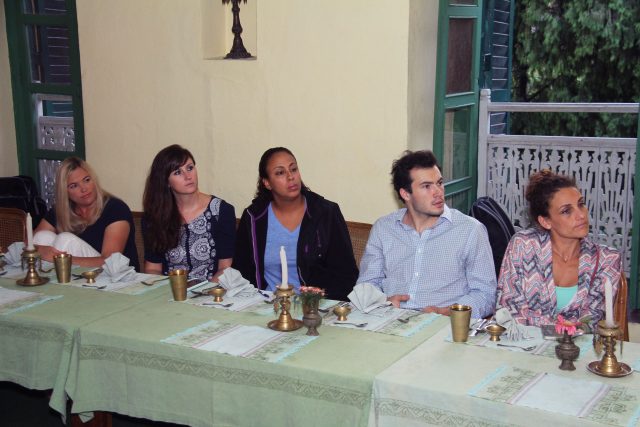 Fortunately, no employees were injured from the quake, but the plants did receive devasting damage. Despite this setback to the plants, Rawn worked diligently on assisting displaced employees by providing hotel accommodations (most were sleeping in conference rooms or outside at the time) and plenty of groceries, including 20,000 cases of Kinley water. 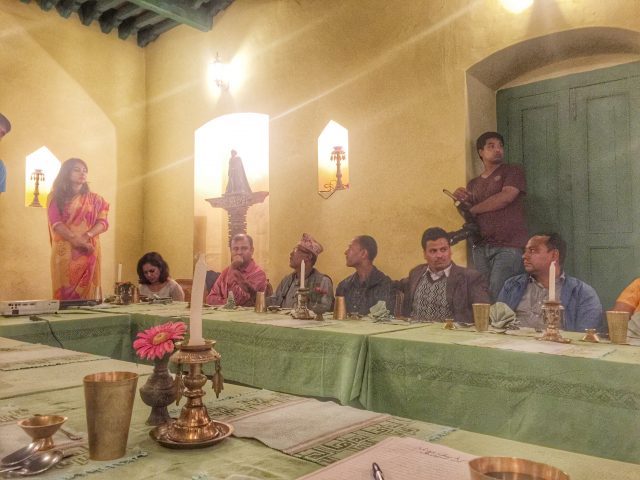 The two plants were closed for two weeks while receiving damage assessment and repairs, and the employees bravely went back to work once it was safe to do so. The fear of a powerful aftershock was always on the backs of their minds, but Rawn was determined to lead his employees in getting back to some kind of normalcy. 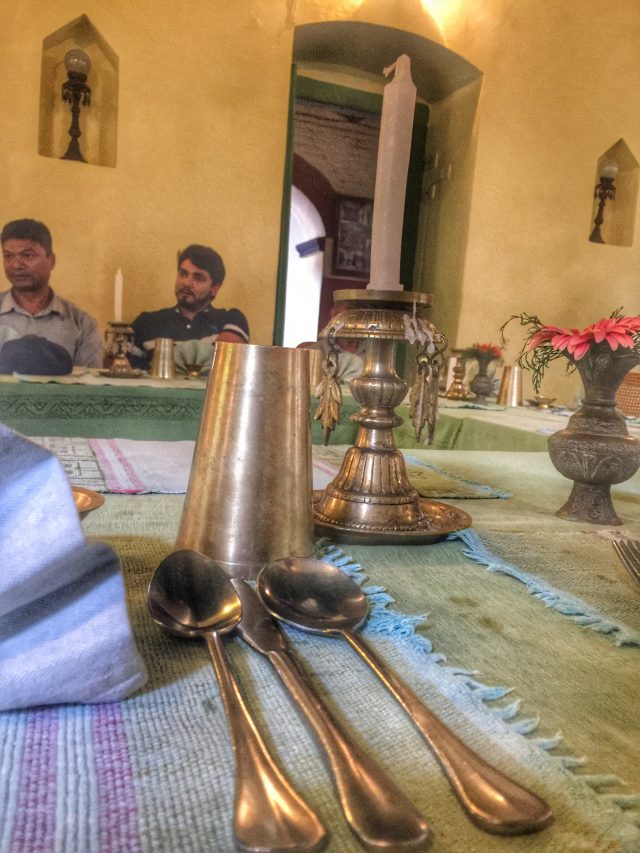 We heard personal earthquake stories from the plant employees during dinner and they were all heartbreaking. Tales of losing spouses, parents, grandparents and protecting children from falling debris…it was a traumatic experience for each and every one of them.

It has a year now since the tragedy occurred, but the wounds are still very deep. They will likely remain fresh for some time, too, but the BNL and people of Nepal are strong and will undoubtedly overcome the pain and damage. They have to. Fortunately, they have a supportive company standing behind them – Coca-Cola Company.

After the intense conversation from the BNL employees, we were all ready to let out a long breath and relax for the night over delicious food and entertainment. 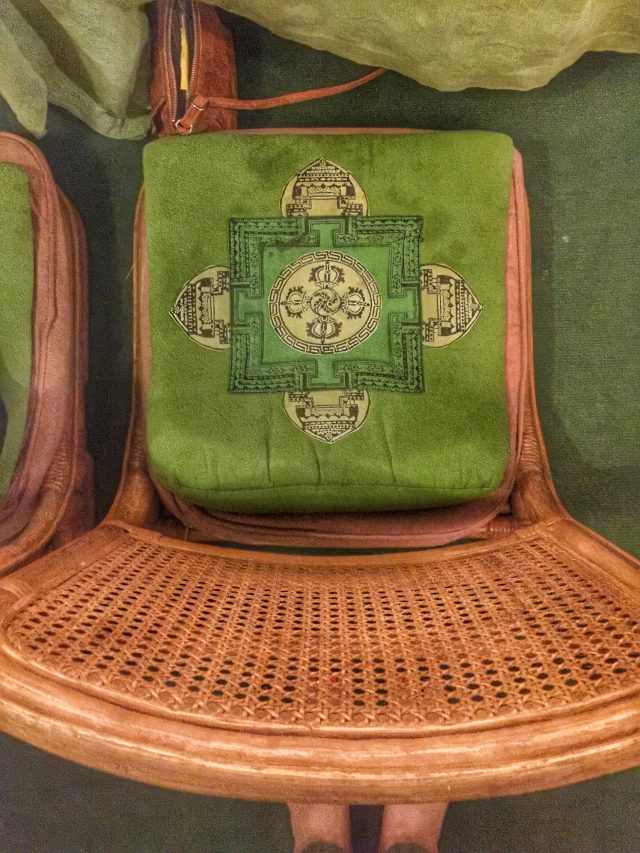 Being a traditional Nepalese meal, we sat in chairs with no legs and no shoes, thus essentially on the floor. I really appreciated this more casual way of sitting, but it was also harder that I thought. My legs fell asleep a few times – ha! 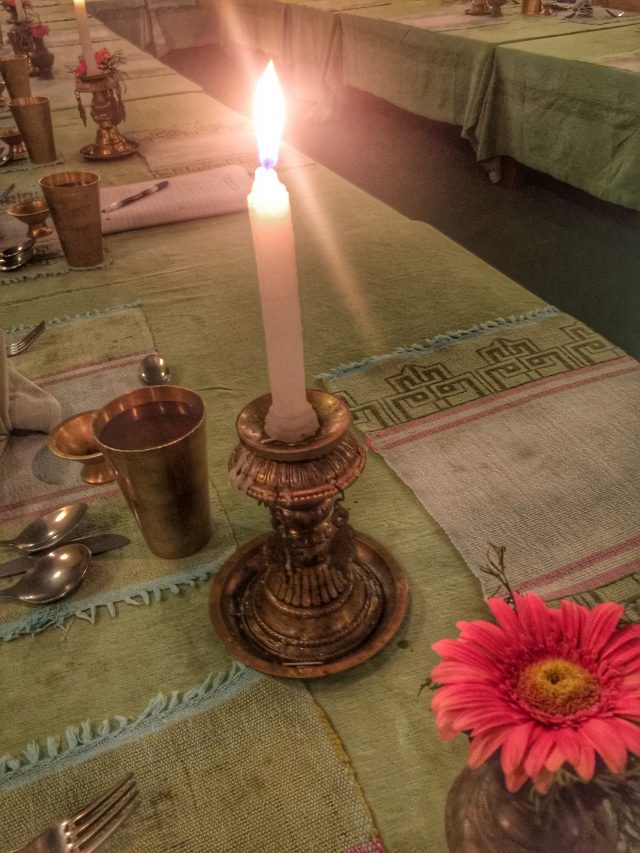 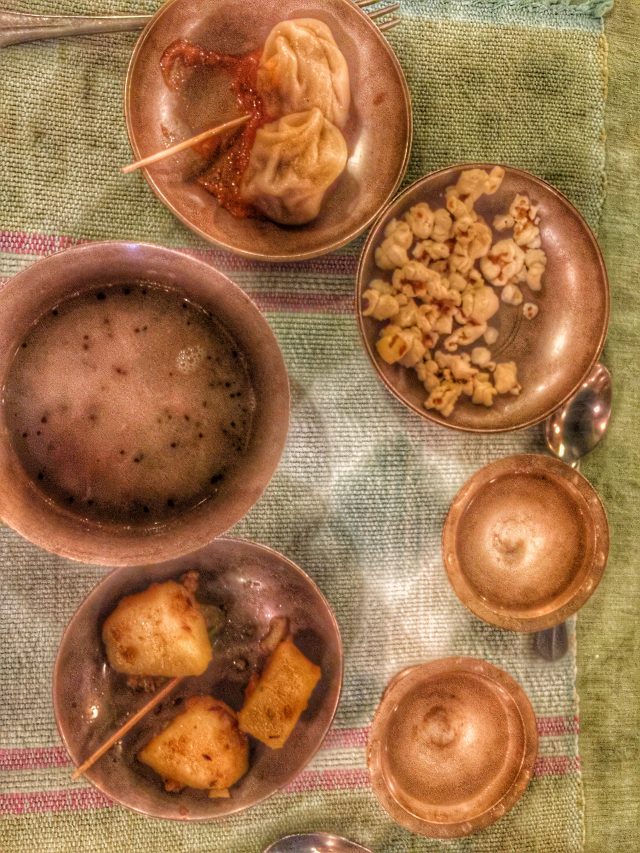 Our meal consisted of pot stickers, potatoes (just about every Nepalese dish I had included a potato of some kind, which made me very happy), soup and…popcorn. Yes, believe it or not popcorn is a Nepalese favorite!

We were also served rice wine, which was strong but a tasty little shot. 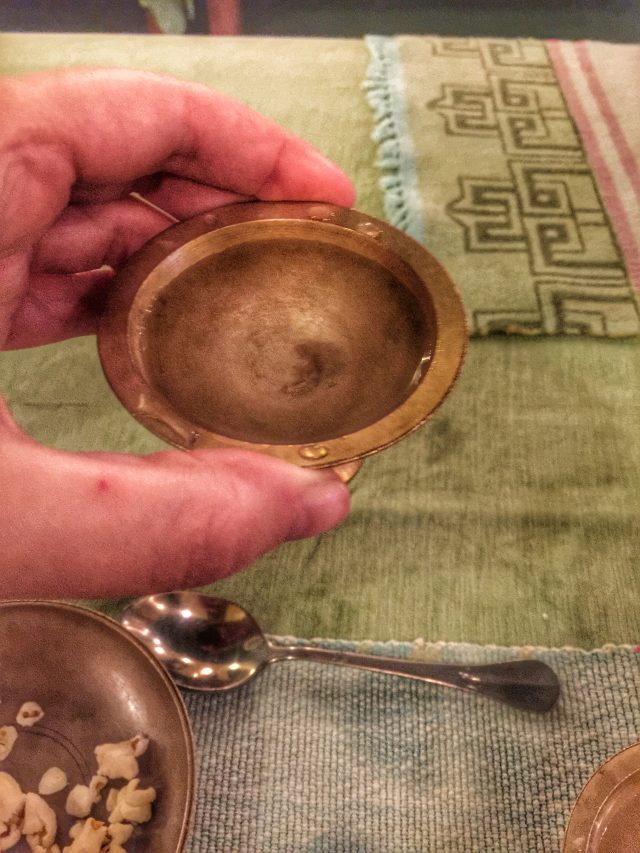 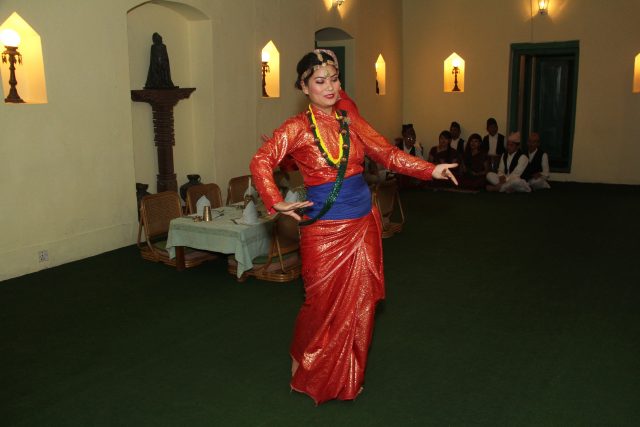 Traditional dances and songs by talented performers took place throughout the meal. 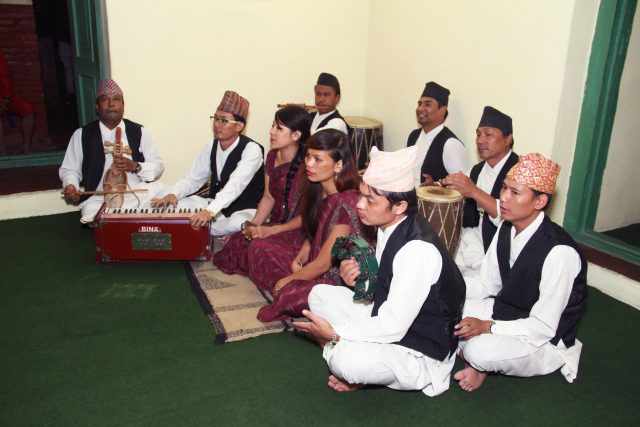 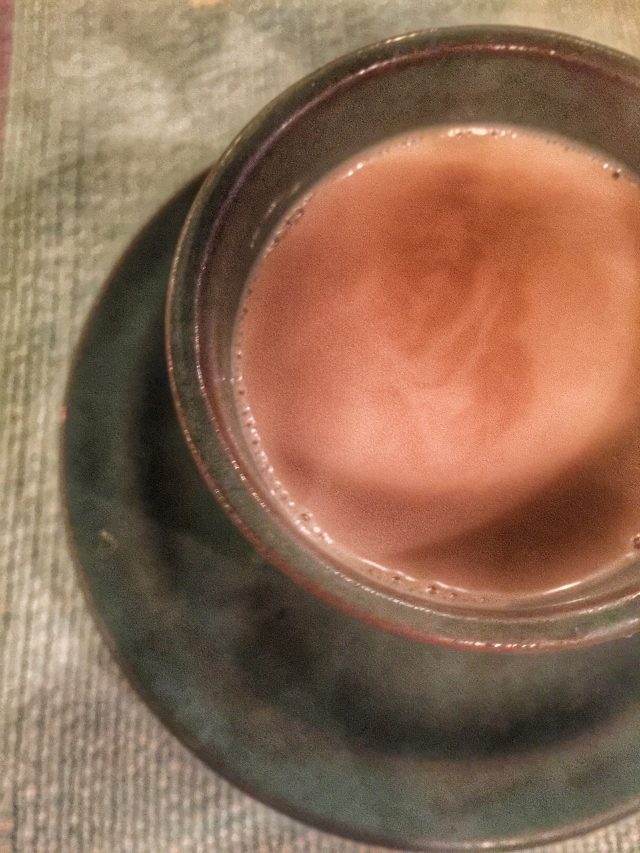 And a spicy chai tea to finish off the night. <3 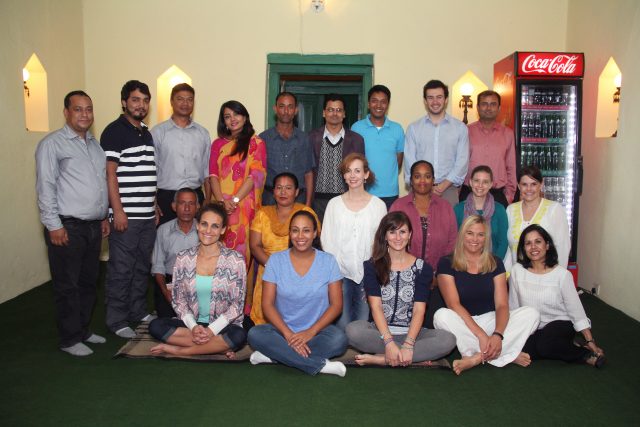 Coca-Cola sponsored my travel, accommodations and other expenses for my trip to Nepal.